With All Due Respect, Can’t My Critics Read? 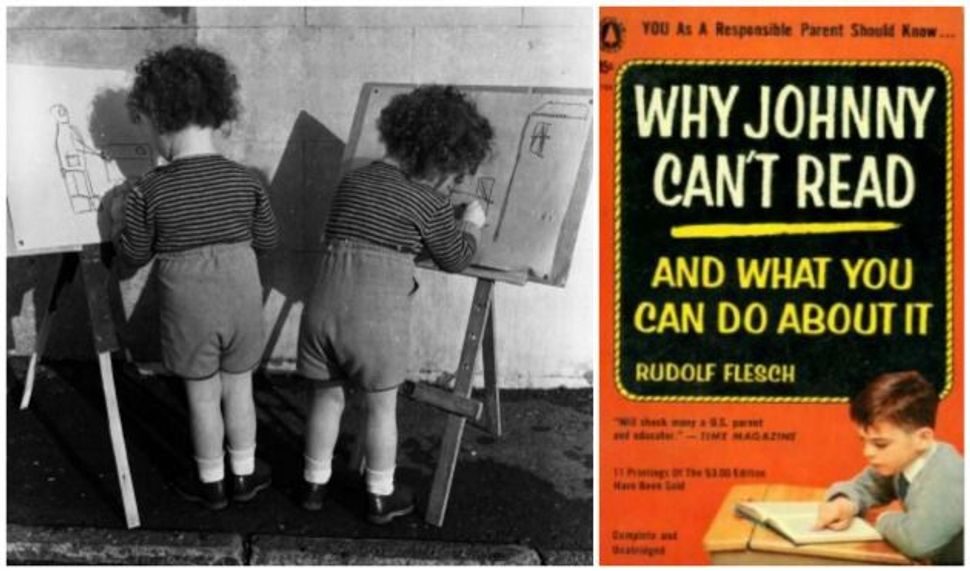 Those who follow me online have observed that I don’t usually respond to my critics. I confess: I have a little fan club that hangs out in the Comments section and on my Facebook page, cursing my ancestry and generally whooping it up, and they seem to be having so much fun that I hate to spoil it. Besides, as Rabbi Tarfon used to say, life’s too short and there’s too much to do (Pirkei Avot 2:20). Usually, I figure the facts will speak for themselves.

Lately, though, I’ve started noticing a weird phenomenon: critics attacking me for holding strange, dangerous or anti-Israel opinions when all I’ve done is quote mainstream Israeli defense doctrine or, on occasion, simply report major stories in the Israeli Hebrew press that haven’t made it into the American media.

On Friday afternoon, for example, Commentary editor John Podhoretz tweeted a snarky dismissal of my latest weekly column, headlined “Who Leaked Israel’s Top-Secret Briefing About Reoccupying Gaza?” My column notes that Israel’s attorney general has been asked formally to open a criminal investigation a security leak that the IDF considers extremely dangerous, and that Prime Minister Netanyahu is the leading suspect. John’s observation:

This is what is known as deranged wishful thinking on the part of anti-Bibi liberals. http://t.co/Z6XMWO9HVY

Now, there are several possibilities here. Perhaps he only read the headline and blurb, or perhaps the first few paragraphs, and therefore didn’t realize, as my column carefully noted, that this is a news story that’s been all over the Israeli press, liberal (Haaretz) and conservative (Maariv) alike, and that Israel’s attorney general Yehuda Weinstein has been formally asked to open a criminal investigation by Labor Party Knesset whip Eitan Cabel.

It’s possible that John followed up by reading the English Haaretz story, which pins the leak on one of Bibi’s opponents, but couldn’t read the Maariv story, which is in Hebrew and notes that virtually everyone else who’s examined the evidence thinks Bibi did it. Then again, to be fair, my weekly columns in the Forward Forum (as opposed to my blog posts) generally don’t contain links to source material. So he’d have to search online for the actual quotes, using the sourcing information that I did provide in print. To tell the truth, though, I have a sneaking suspicion that he didn’t bother reading the column at all, but merely read the headline, decided it was nuts and decided to vent. This, then, raises the age-old question, Why Can’t Johnny Read?.

More inexplicable is the lengthy critique by John’s Commentary colleague, my friend (for real) Jonathan Tobin, of my previous week’s column, “What Happens in Israel Doesn’t Stay in Israel.” Jonathan wrote a blog post on August 20, titled “Israel Doesn’t Cause Anti-Semitism,” in which he carefully deconstructs my argument that Israeli behavior toward the Palestinians is partly responsible for the growing wave of anti-Semitism among Muslims in Europe.

I know he read the column he’s criticizing, because he quotes from it and takes on its arguments one by one. Here’s his most telling point:

Jews have long labored under the delusion that they can reduce anti-Semitism by behaving differently and those who think Israel can lower the level of hatred by making concessions to the Palestinians or refraining from acts of self-defense are just as wrong as those who believed it could be accomplished by different types of behavior in the past.

This is a familiar argument. In fact, the notion that Jews can’t reduce anti-Semitism by changing their actions is far older than the notion that they can. It’s become very popular among conservative Israelis and their allies. I got it from numerous outraged readers in response to the column. It happens to fly in the face of classical Zionism, which was premised on the fact that Jews can indeed reduce their conflicts with their neighbors by living and acting differently (as any reader of Pinsker or Borochov should recognize). But that’s neither here not there.

What’s important here is the fact that the argument Tobin dismisses as a “delusion” isn’t mine. The column he deconstructs is basically a summary of a policy recommendation on anti-Semitism that’s been submitted to the Israeli government almost annually since 2004 by the country’s main think-tank on Israel-Diaspora relations, the Jewish People Policy Institute. For some reason, Tobin doesn’t see fit to mention that I’m quoting someone else, someone who speaks with considerable authority.

The institute, as I explained in the column, was created in 2002 at the initiative of then-Jewish Agency chairman Sallai Meridor, who had previously served as a senior official in Israel’s defense ministry and before that as a military intelligence officer. What I didn’t note, for lack of space on the printed page, was that the institute’s founding president was the Israel Prize-winning political scientist Yehezkel Dror, one of the country’s most respected authorities on military policy. When he retired in 2009 he was succeeded as president by former chief of military intelligence Aharon Zeevi-Farkash. The institute’s board is made up of central figures in mainstream Israeli politics and Diaspora community leadership.

I noted in the article that Meridor’s idea to create the institute followed the 1994 bombing of the AMIA center, the headquarters of Argentina’s main Jewish organizations, which killed 85 people and has been blamed on Hezbollah. Meridor believes — and he told me it’s a view widely shared in Israel’s intelligence community — that the bombing was in retaliation for Israel’s 1992 assassination of Hezbollah secretary-general Abbas Musawi. He decided that a structure was needed to evaluate the intersection between Israeli and Diaspora security needs and to facilitate consultation on Israeli decisions that could affect the Diaspora.

Tobin doesn’t agree. Here’s what he wrote about the AMIA-Musawi link:

Anti-Israel terrorists like Hezbollah and Hamas have, as Goldberg correctly notes, attacked Diaspora targets in the past and may well do so again. But to focus on such crimes as the 1994 bombing of the AMIA as purely the function of a tit-for-tat conflict between Israeli security forces and the terrorists and to see the recent outbreaks as being primarily a reaction to the fighting in Gaza is fundamentally mistaken.

I don’t know for sure how solid Jonathan’s sources in Israeli intelligence are. It could be that he knows more about the workings of Hezbollah and other global terrorist organizations than Sallai Meridor or Aharon Zeevi-Farkash do. Still, it’s only fair to give them credit for their ideas, however deluded they might be.

If you’re curious, here are some of the JPPI reports that specifically recommend Israeli-Diaspora consultation on security matters. They’re worth browsing for their broad discussions of current and recent trends in global Jewish affairs.

JPPI Special Report April 2014: “Jewish and Democratic: Perspectives from World Jewry.” A summary of consultations held on six continents, commissioned by Prime Minister Netanyahu and justice minister Tzipi Livni, involving some 700 public figures, to assess views of Diaspora Jews on the meaning of a “democratic and Jewish state.” Of note: section beginning on page 69 summarizes Diaspora views of the security implications for Diaspora Jewry of Israel’s image and actions.

One final note: The principal author of the “Jewish and Democratic” report is JPPI fellow Shmuel Rosner, better known as a contributing opinion writer for the New York Times, political editor of the Los Angeles Jewish Journal and former correspondent of the Jerusalem Post and Haaretz. His 73-page summary of the views expressed by the 700 participants in the Diaspora consultation process is impressively lucid, comprehensive and balanced. He makes it clear that there is a broad consensus among Jews around the world about the sort of Israel they would like to see and the implications for their communities if and when Israel falls short.

His work becomes even more impressive if you proceed to read his most recent New York Times essay, “Israel’s Fair-Weather Fans,” in which he tells Israel’s Diaspora Jewish partners and critics where they can stick their opinions.

With All Due Respect, Can’t My Critics Read?