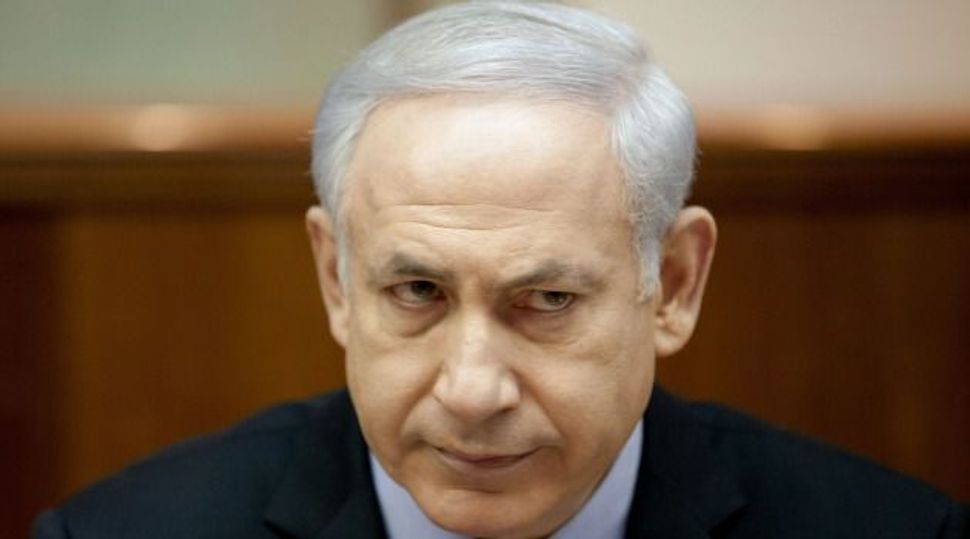 Six weeks into a Gaza conflict that continually lurches from cease-fire to live fire and back again, Israel’s prime minister, Benjamin Netanyahu, is facing what could turn into the greatest challenge of his political career.

Pressure is building in the Knesset and in the security services for a criminal investigation into the leak in early August of a top-secret military briefing.

The briefing was delivered in late July or early August to Israel’s eight-member security Cabinet. A dozen or so people were present. Several might have had motives to leak the military’s analysis to the media. But the prime suspect, according to reporters who have spoken to participants, is Netanyahu himself.

“Every political reporter that you ask will confirm to you that this leak came from the prime minister’s office,” senior correspondent Ben Caspit of the conservative daily Ma’ariv wrote on August 6, the day after the classified briefing was first reported on Channel 2 News. Similar accounts have since appeared in nearly every other Israeli news outlet.

Regardless of what investigators learn about the leaker’s identity, some important lessons can already be drawn. The nature of the leak, and the heated rumors it has touched off, tells us a great deal about the Gaza campaign and what went wrong. The episode also spotlights the sharp divisions within Israel’s leadership over how to respond to the Hamas threat.

The topic of the army’s briefing was the challenge of reoccupying Gaza and disarming Hamas. Numerous figures on the right, including senior Cabinet ministers Avigdor Lieberman and Naftali Bennett, have insisted for weeks that Israel should aim to conquer the district rather than negotiate a cease-fire that leaves Hamas in place.

They’ve gotten broad support from lawmakers in Netanyahu’s own Likud. Netanyahu and Defense Minister Moshe Yaalon have resisted the demand at the army’s urging.

The army’s PowerPoint briefing indicated that conquering Gaza, with its estimated 20,000 gunmen and tens of thousands of weapons, would take at least five years and leave hundreds of Israeli soldiers and thousands of Palestinian civilians dead. It would lead to prolonged rioting in the West Bank and among Israeli Arabs, and would probably rupture Israel’s peace agreements with Jordan and Egypt, the generals reportedly said.

After taking over, Israel would face violent chaos for several more years until the Israel Defense Forces and Shin Bet get an intelligence network in place and stabilize Israeli rule. Soldiers would face a high risk of kidnapping throughout.

According to news accounts, several ministers grilled the generals afterward, claiming that the PowerPoint presentation grossly exaggerated the difficulties. They claimed the army was trying to bully the ministers into rejecting an invasion and accepting a cease-fire that leaves Hamas in place. The generals reportedly shot back that they were merely presenting hard intelligence.

Netanyahu finally asked for a straw vote. Nobody voted to invade. In the weeks since, however, Cabinet members Lieberman, Bennett and Home Front Defense Minister Gilad Erdan of Likud have repeatedly criticized Netanyahu and urged reoccupying Gaza and crushing Hamas.

Channel 2 reporter Udi Segal first reported on the briefing August 5, about a week after the event. According to an account by columnist Nahum Barnea in Yediot Aharonot on August 8, Justice Minister Tzipi Livni happened to step out of a Cabinet meeting on August 5, heard Segal’s broadcast and “stormed back in” to confront Netanyahu. She demanded that every Cabinet member be given a polygraph test.

“Netanyahu, one of the ministers recounted, shifted uncomfortably in his chair. ‘There have been worse leaks from other Cabinet meetings,’ he said, and everyone in the room understood who initiated the leak,” Barnea wrote.

Actually, there are several theories about who leaked. Those who believe Netanyahu did it theorize that he wanted to create the appearance that the army forced him to limit the military operation, because he’s feeling heat from his right flank for not ordering a full-scale invasion of Gaza. Worse, rightists complain, Netanyahu — Israel’s leading opponent of negotiating with terrorists for a quarter-century — has been cooperating, via Egyptian mediation, in lengthy diplomatic negotiations with Hamas.

But some well-connected observers believe the leaker wasn’t Netanyahu. According to Haaretz military analyst Amir Oren, “One branch of the defense establishment suspects that the mole’s last name rhymes with the name of a certain country with which Netanyahu is obsessed.” That suggests either Erdan or Lieberman. Both rhyme with “Iran.” Both have motive to want to portray the IDF general staff as a bunch of armchair bullies and Netanyahu as a pushover to strengthen the case for a takeover.

Whoever leaked created a whole new security crisis. The chief military censor, Brigadier General Sima Vaknin-Gil, has been telling reporters that the disclosure of the classified briefing gave Hamas’s military wing a detailed chart of Israel’s military options for the next stage of fighting. Labor Party Knesset whip Eitan Cabel formally asked the attorney general on August 19 to open a criminal investigation and subject all Cabinet participants, including the prime minister and heads of military intelligence and Shin Bet, to polygraph tests.

Whatever the attorney general decides, the episode shows the intensity of the ideological struggle raging at the top. The nine ministers in the security Cabinet — eight voting members plus Science Minister Yaakov Peri, a non-voting observer and former Shin Bet director — are divided three ways on how to resolve the crisis. Lieberman, Bennett and Erdan, who with most of Likud favor reoccupying, have a few retired generals telling reporters that conquering Gaza isn’t that hard.

Livni, Perry and Finance Minister Yair Lapid favor convening an international conference that, sponsored by the European Union and the Arab League, would send in a force to take over Gaza and hand it to Mahmoud Abbas’s U.S.-trained Palestinian Authority troops.

The E.U., the Arab League and Abbas are all willing. But the Arab League, a key to the plan’s success, comes at a price: resuming full-scale Israeli-Palestinian peace talks, based on the Arab Peace Initiative, and aiming for Palestinian statehood along modified pre-1967 borders. In the ministers’ plan, apparently initiated by Perry, the peace talks would be folded within the international conference. The majority of the general staff and military intelligence are on board.

Finally, Netanyahu, Yaalon and Internal Security Minister Yitzhak Aharonovitch: They’re pursuing a middle path — seeking a long-term cease-fire with Hamas. They wouldn’t mind seeing Abbas’s troops take control of Gaza’s entryways, but they reject any linkage of this crisis to a larger peace process. In effect, they’d like to preserve the status quo, neither war nor peace, in an uneasy partnership with Hamas.

Unfortunately, Netanyahu is finding the Islamist organization to be a very difficult partner. After preaching for years that terrorists understand only force, he’s found that these terrorists match him blow for blow. There are times when only diplomacy will do. It’s hurting his reputation as a tough guy. Politically, the ground beneath him is beginning to shake.

And if a leak investigation finds that he was ready to protect his reputation by betraying military secrets, he could see the bottom fall out altogether.