When the Gov't Won't Call It Rape

CBS newswoman Lara Logan — who, as The Sisterhood has reported on here and here, — spoke out recently about her experience being sexually assaulted (stripped, beaten and raped with the hands of a large group of men) while covering the protests earlier this year in Egypt’s Tahrir Square. She said she was coming forward in order to assert the rights of women. But if that is the case, then there are so many stories here that are not being followed, ranging from the culpability of her employer to Egypt’s societal attitudes toward women to laws in the America that would deem that Logan had not, in fact, been raped.

There Was No Real 'Jewish Angle' to Lara Logan's Story

I disagree completely with the thesis of Elana Maryles Sztokman’s recent post, “Jewish Angle Missing From ‘60 Minutes’ Piece on Lara Logan”: Jews are not the new women, as she declares. Women are women. 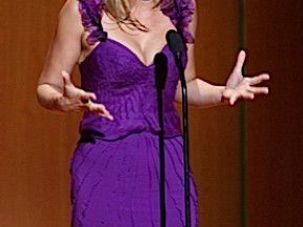 Some days I think, Jews are the new women. Jews are like the woman in a room full of men, the ones who are supposed to stay quiet and nice and not talk too loud or even at all, not appear in any way strong or assertive, and never make any waves. Just as society prefers women when they are passive and submissive, the world at large prefers Jews that way, too.

In Conflict Reporting, Being a Woman Can Be an Advantage

The only time in my conflict reporting career that I received different treatment from the guys occurred in Johannesburg in 1993. Our Reuters bureau was finally — finally! — being outfitted with flak jackets to cover the violence surrounding the end of apartheid. Since a big part of the job involved driving into townships filled with men pointing assault rifles, I was very happy to receive body armor at long last.

The Attack on Lara Logan

In what can only be described as a case of terrible timing, I wrote my previous post reporting on how joyous and safe women were feeling in Cairo’s Tahrir Square during the Egyptian protests. The post appeared only hours before CBS News made public the brutal attack on journalist Lara Logan in the square.

A Cairo Mob Yells 'Jew! Jew!' and Other Bad News