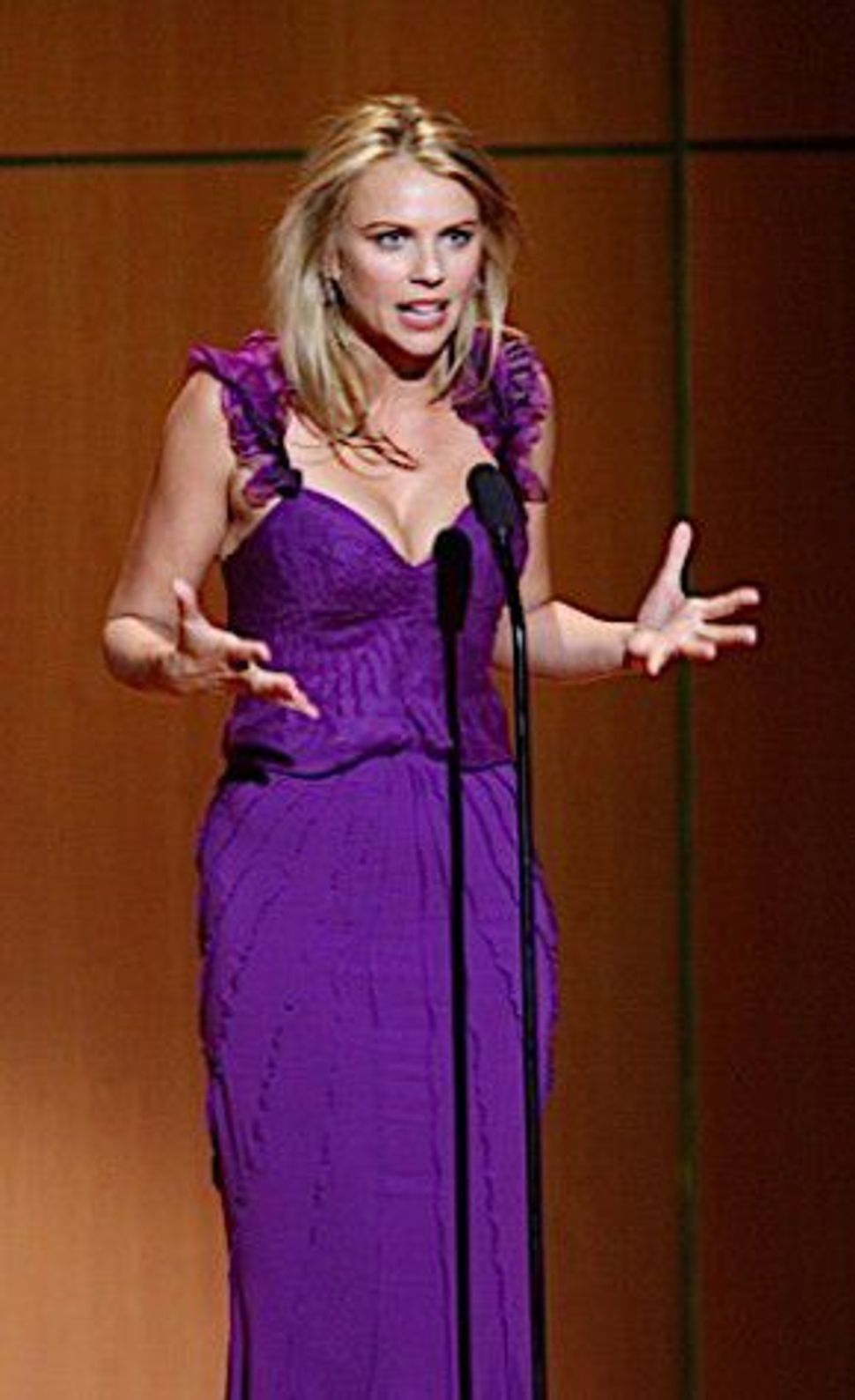 Some days I think, Jews are the new women. Jews are like the woman in a room full of men, the ones who are supposed to stay quiet and nice and not talk too loud or even at all, not appear in any way strong or assertive, and never make any waves. Just as society prefers women when they are passive and submissive, the world at large prefers Jews that way, too.

I thought of this as I watched the “60 Minutes” interview with CBS correspondent Lara Logan as she described being sexually assaulted on February 11 amid the uprising in Egypt’s Tahrir Square. Her graphic descriptions of hands and nails everywhere on her body — groping, grabbing, pulling and scratching — are a woman’s worst nightmare. She was the only woman on the CBS team that night, and she was isolated from her crew and throngs of Egyptian men had their way with every inch of her body, inside and out. It was a harrowing account, and most definitively a woman’s story, in the sense that it was her womanhood that made her a victim.

But it is also a Jewish story — and, actually, an Israeli one.

That’s because Logan recounted that what set the mob upon her was when someone shouted, “She’s a Jew! She’s an Israeli!” There were other women in Tahrir Square that night, and for all we know others were attacked as well. But right then, Logan was a target not just because she is a woman, but because she was perceived to be a Jew and an Israeli, and therefore fair game.

What really upsets me about this story — in addition to Logan’s experience and the understanding of just how rampant sexual violence is in Egypt — is that CBS and the interviewer, Scott Pelley, did not seem to care about the Jewish angle. It was mentioned, just like that, and then forgotten. The implications for what this means about being a Jew or an Israeli in the world were just swept away, ignored.

The good news from this interview is that it is a real turning point for women. The interview has cemented the idea that it is now legitimate for women — even strong, professional women to speak out about being victims of violence without being blamed. Logan described reactions of her female journalism colleagues, thanking her for “breaking the code of silence,” in which professional women don’t complain about being attacked because they don’t want to be seen as weak or unable to “take it,” and they certainly don’t want to be told that women shouldn’t be out there in the field. This is true not just for war journalists, but for women in many professions.

However, my sense watching this interview was that while it is legitimate for women to be victims, it is not legitimate for Jews to be victims. It was as if that entire angle of the story doesn’t even exist. Like the world doesn’t know what to do with it. When the voiceover said, “Someone in the crowd shouted, ‘She is a Jew! She is an Israeli!’”, Pelley continued and said, “She is neither,” and that was the end of that. What does that imply, exactly? What if she had been a Jew or an Israeli? Would that have made the assault legitimate?

Women are thankfully past the point where the world can’t hear us tell our stories of victimhood. But Jews, and especially Israelis, are far from that point. The reason, I believe, why it’s okay to hate Israel is because Israel represents strong, assertive Jews. Israel is like that woman in the office who might be called a ball-breaker.

This is deeply troubling on so many levels. In terms of Egypt, Israel’s supposed ally, and these supposedly democratic protesters, I am concerned about what kind of culture is going to accompany the new regime. In terms of the media, I am increasingly alarmed by journalists’ unwillingness to look at Jews in the eye and see the truth about events.

I would have thought we were past this kind of disturbing bias, but apparently we are not.