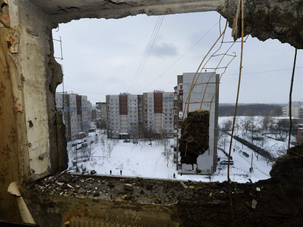 In an unheated synagogue with no running water, a dozen Jews are trying to keep warm as temperatures here veer toward the single digits.

Several hundred Jews braved sub-freezing temperatures to receive aid packages at the synagogue of the besieged city of Lugansk. 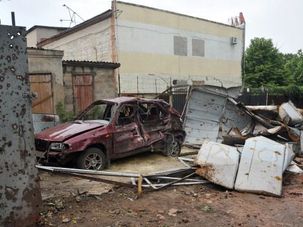 Two members from the same Jewish family were killed in shelling in the embattled eastern Ukrainian city of Lugansk.