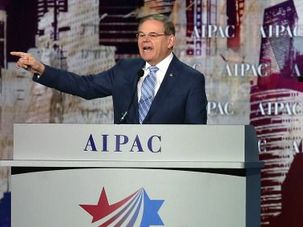 A New Move to Sever U.S. Business From Iran

Even in times of bitter partisan bickering, there is one issue that easily gets bipartisan support: the Iranian nuclear threat.

Ohio Looking Very, Very Red: While several election battles are waging in Ohio, the fight appears to be over for one Democrat: Senatorial candidate Lee Fisher, the state’s Jewish lieutenant governor. Even after boosts from actors Matthew Morrison and Martin Sheen, Fisher turned over his small lump of $100,000 in campaign cash over to the Democratic party. Fisher maintains this doesn’t mean he’s quitting. Polls show Republican opponent Rob Portman a good 17 points ahead. (Talking Points Memo)

New ratings from the Cook Political Report reflect improved chances for a couple of Jewish challengers in tough congressional races.

Because It's Never Too Early For A Little Illinois Mudslinging ... UPDATE: Jay Footlik Weighs In

Put this story in your “it’s never too early to go for the low blow” file: The blogosphere has been abuzz this week after Andy Lappin, a supporter of Illinois Republican Rep. Mark Kirk, played the anti-Semite card against the two Democratic challengers vying to take the lawmaker on in 2008.