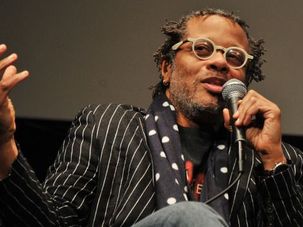 Don Byron’s tribute to Borscht Belt musician and comedian Mickey Katz brought him plenty of attention 20 years ago. Now, the clarinetist looks back on his role in the klezmer music revival.

Yes, it’s time for another holiday concert, this time in celebration of Thanksgiving. I offer the two classic American Thanksgiving songs, “We Gather Together” and “Over the River and Through the Woods.” Also, the two familiar Hebrew classic (to my mind) songs of thanksgiving, “Tov LeHodot” from Psalm 92 and “Hodu Lashem” from Psalm 136. Also, Debbie Friedman, Mickey Katz, jazz great Slim Gaillard, They Might Be Giants, the Four Lads, Allen Sherman and the little-known Lovin’ Cohens doing an ode to delicious, overabundant food, “Noshville Katz.” We end with Groucho Marx acting out his thoughts on Thanks.

The Unknown, Early Hollywood Roots of the 'Who is a Jew?' (Mi Hu Yehudi?) Debate

The contentious question “Who is a Jew?” (Mi Hu Yehudi? in Hebrew) has bedeviled the Israeli legal system continuously since 1959, when the Jewish-born Polish priest Oswald Rufeisen, known as Brother Daniel, was rejected in his application for Israeli citizenship under the Law of Return. Israel’s Supreme Court upheld the rejection in 1962. Since then the debate has returned repeatedly to the Supreme Court, brought down governments and soured relations between Israel and American Jewry, yet it still remains unsolved.