While the Forward’s unprecedented interview with Hamas leader Mousa Abu Marzook didn’t demonstrate any shift in Hamas’s policies, it provides some insight into Hamas’s internal politics.

What Interview Revealed About Jews

How cowed and insecure must a people be to delight in the time a terrorist allots to wage psychological warfare against them, preaching their eventual destruction to their faces?

One year ago, I sat in the Nablus living room of the late Shaykh Hamid al-Bitawi, a leading religious figure in Hamas. We were joined by one of his sons, a man in his 20s.

One wonders why journalist Larry Cohler-Esses did not ask his newfound dining companion what he thought about Hamas’s vow to kidnap more Israeli soldiers after the release of Gilad Shalit.

'There Is No Breakthrough Here'

Hamas’s positions are as intransigent as ever. The movement won’t control terrorist violence emanating from Gaza and, indeed, won’t renounce terrorism against Israeli targets.

A Balance of Interests

Some fundamental truths about peacemaking: You make peace with your enemies, not your friends; you make peace not to be nice, but because it is in your self-interest; real peace must reflect a balance of interests.

The Interview in Context

I have no idea if the Israelis are now talking to Hamas or any of Hamas’s emissaries, but there is no doubt that an undeclared détente is in place between the arch-enemies. 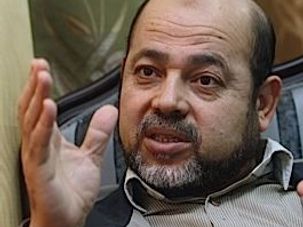 The opportunity to interview the second-highest-ranking official in Hamas came suddenly, unexpectedly and at the very worst possible time: just before Passover. The Forward staff was shorthanded. Worse, at home, we were shifting into full Passover house-cleaning mode. I tried hard to argue for doing this any other week. But Stanley L. Cohen, the attorney for Hamas’ Mousa Abu Marzook and the midwife for this meeting with him in Cairo, relayed back that it was that week — or there would be no interview.