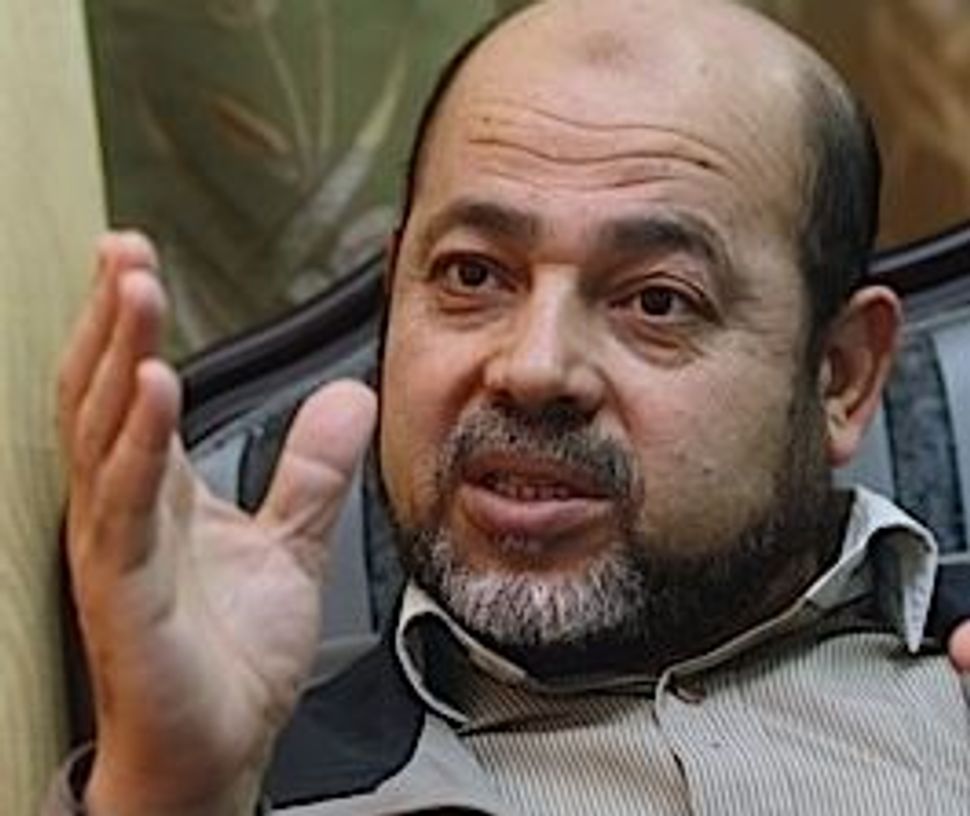 The opportunity to interview the second-highest-ranking official in Hamas came suddenly, unexpectedly and at the very worst possible time: just before Passover. The Forward staff was shorthanded. Worse, at home, we were shifting into full Passover house-cleaning mode. I tried hard to argue for doing this any other week. But Stanley L. Cohen, the attorney for Hamas’ Mousa Abu Marzook and the midwife for this meeting with him in Cairo, relayed back that it was that week — or there would be no interview.

Ultimately, I concluded this was one of those stories that defined my sense of mission as a journalist, not to mention as a Jew who cares about Israel. So I approached my spouse, Dianne, who is a Conservative rabbi, full of apology. She stopped me in mid-sentence.

“When have you ever helped out anyway?” she asked. “Go.”

She laid down one obvious stipulation: Whatever you do, don’t miss the Seder.

So I got to Cairo late on Monday night; conducted my interviews with Abu Marzook on Tuesday and Wednesday; got back to the Cairo Marriott (a very nice place!) early Wednesday evening and left for Cairo’s international airport at midnight that same night in order to be home Thursday afternoon — the day before the first night Seder.

Abu Marzook could not believe I was leaving Cairo so fast, or understand why I’d end up divorced if I didn’t. I explained about the Seder, and about Passover, when the Jews had to…well, leave Egypt really fast. He said, “But that was 4,000 years ago when the Pharaoh was trying to kill the Jews. No one’s trying to kill you now.”

“Actually,” I said, “kind of, you guys are.” And we were off on what ended up being a five-and-a-half hour discussion over those two days.

As it turned out, he was fascinated with my wife; downright astounded, in fact, to learn she is a rabbi.

“There are women rabbis?” he asked.

I broke the news to him: In the U.S. seminaries of Judaism’s non-Orthodox streams today, something like half the students entered are women.

I explained to him how Dianne’s decision in 1989 to become a rabbi was nevertheless a deeply wrenching one. It made her an outcast in her own community, among the highly patriarchal Syrian Jews of Brooklyn. Basically, I said, what was for my wife her proudest intellectual achievement was for her community an absolute scandal.

“But why?” said the Hamas leader. “She’s done nothing wrong. What she’s done is noble.”

It is inevitable after an interview like this that a reporter immediately thinks of dozens of questions he should have asked but didn’t. In this case, I realized the obvious one on the plane home: And what about women imams?