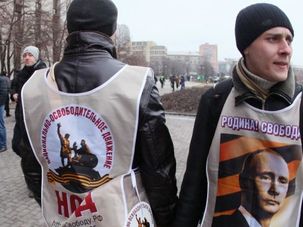 Why Ukraine Crisis Is Bad for AIPAC, Good for Bibi

The Forward captured both finalist spots for reporting and was nominated as a finalist for opinion writing in the 2012 contest sponsored by the New York chapter of the Society of Professional Journalists. 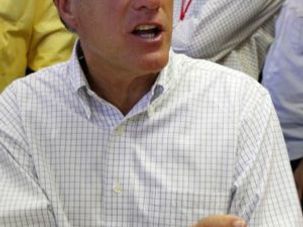 Will Jews Defect to the GOP? This Clear Voice Says: No Way

Here’s a question that will surely be asked incessantly until the next presidential election: Will American Jews desert the Democratic Party and throw some of their electoral weight and considerable financial clout to Republicans in 2012? Already, there have been claims and counter-claims, polls that seem to be no more than political advertisements and occasional level-handed analysis, such as a solid piece of reporting done by the Forward’s Nathan Guttman a few weeks ago. 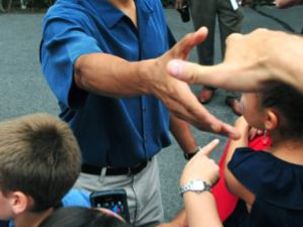 A new Gallup Poll out today confirms that President Obama’s strong Jewish support has not evaporated following his May 19 speech on the Middle East. In fact, it hasn’t moved a bit. Sixty percent of Jews approved of Obama’s job in June, while 32 percent disapproved. In a poll of the general public, Obama gets a 46 percent approval in June. That fourteen percentage point spread between the general public and American Jews is, according to Gallup, “identical to the average gap seen over the past two and a half years.”