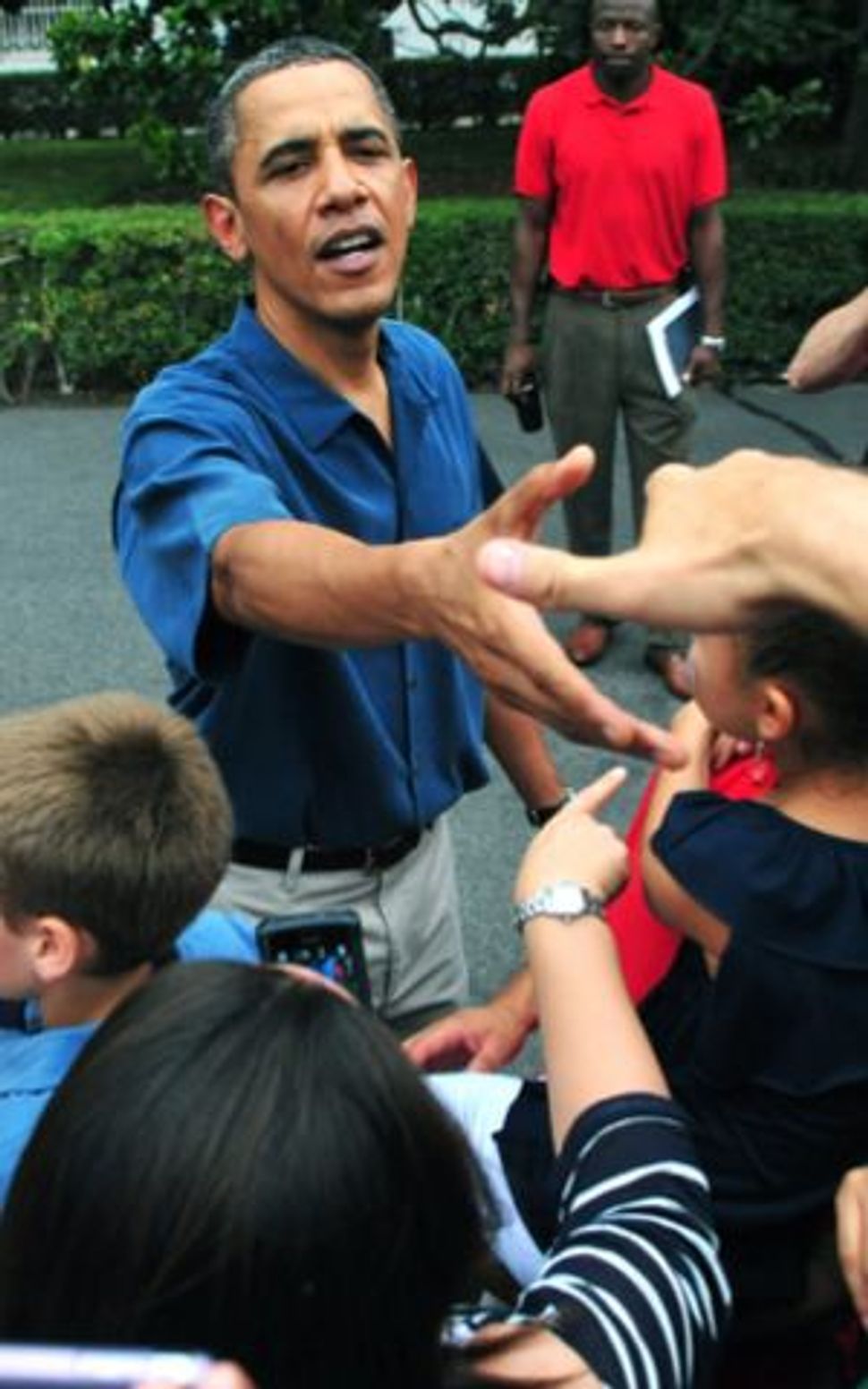 A new Gallup Poll out today confirms that President Obama’s strong Jewish support has not evaporated following his May 19 speech on the Middle East. In fact, it hasn’t moved a bit. Sixty percent of Jews approved of Obama’s job in June, while 32 percent disapproved. In a poll of the general public, Obama gets a 46 percent approval in June. That fourteen percentage point spread between the general public and American Jews is, according to Gallup, “identical to the average gap seen over the past two and a half years.”

Now I say that this confirms what we already knew because our June 29 story, “Despite Tension, Obama Wooing Jewish Donors,” by Washington correspondent, Nathan Guttman, made it clear that there had been no exodus of Jewish voters and that whatever dust the speech kicked up had settled. Here’s the lead:

It may be early in the presidential election cycle, but President Obama’s newly established re-election campaign is moving quickly to address Jewish concerns following the president’s clash in May with Israeli leader Benjamin Netanyahu.

So far, despite the fireworks between the two leaders, the Democrats are pleased with the results of their approach. Based on their own internal polling and on lessons from the 2010 midterm elections, Democrats believe that the issue of Israel will not play out significantly with Jewish voters. And pointing to a glitzy pro-Israel Washington donor event with Obama held on June 20 that raised more than $1.5 million, supporters of the president believe that the important constituency of Jewish donors is safe.

This was a risky declaration at the time since on the very same day another well-respected political reporter, Politico’s Ben Smith, had come to a different conclusion, writing about the anger of “Center-left American Jews and Obama supporters — and many of them Democratic donors”: “Obama’s speech last month seems to have crystallized the doubts many pro-Israel Democrats had about Obama in 2008 in a way that could, on the margins, cost the president votes and money in 2012 and will not be easy to repair.”

Guttman did acknowledge that the Middle East issue has caused “some disquiet among Jewish funders.” His reporting just led him to the conclusion that it was “a snag in the road that has now been addressed” by the administration.

Both reporters were, of course, working only with anecdotal evidence. But now there is data and it does seem like Obama has less to be worried about (and that Guttman was right). Gallup even went ahead and presented its findings as a direct response to Smith:

The absence of a significant retreat in Jewish Americans’ approval of Obama since his Mideast policy speech contrasts with a recent commentary by Ben Smith for Politico, titled “Obama May Be Losing the Faith of Jewish Democrats,” in which he suggests a “tipping point” may have been reached with Jews who have long harbored concerns about the president’s support of Israel. That conclusion, based on Smith’s conversations with “center-left American Jews and Obama supporters – and many of them Democratic donors” may apply to certain politically active members of the Jewish-American community, but according to recent Gallup trends, is not reflective of the views of Jewish Americans more generally.

The most important thing — rather than whose reporting more accurately reflected reality — is that this is an evolving story. It will take more time before we fully know how Jewish voters weigh Obama’s position on Israel in their overall assessment of his job as president and also how they compare him to a yet-unknown Republican rival. The answers to those questions are a long way off but it’s safe to assume we won’t really know until November 2012.