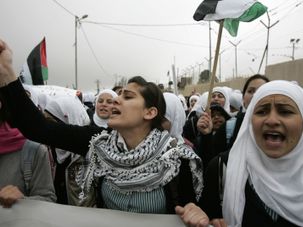 Like men’s willful blindness of sexism, American Jews’ relationship with Palestinian suffering is one of oppression and deliberate ignorance. 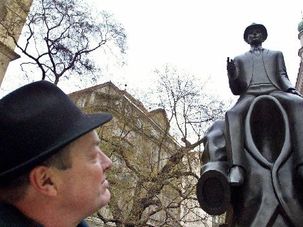 This year marks the centennial of World War I and Franz Kafka’s “The Trial.” Both landmarks of modernity defied comprehension in 1914 —  and still do.

THIS IS A ROUGH CUT PREVIEW. THE FINAL 60-SECOND VIDEO WILL BE AVAILABLE HERE ON DECEMBER 3RD, 2012.

The Myth of Choice: The ‘Queens’ and ‘Concubines’ of Goel’s Harem

Goel Ratzon, a 60-year-old man with long white hair and penetrating eyes, has at least 17 wives and 28 children, though the precise figure remains elusive. Ratzon, who apparently believes himself to be something of a messiah, or the modern embodiment of King Solomon, was arrested last week in Tel Aviv, as were some of the wives, following an eight-month undercover operation that included some daring work of a female detective who presented herself as a willing conquest. The details emerging over the past few days about life in his cult/commune/harem form a disturbing and mysterious portrait, in part because of how zealously many of the women have come to his defense.