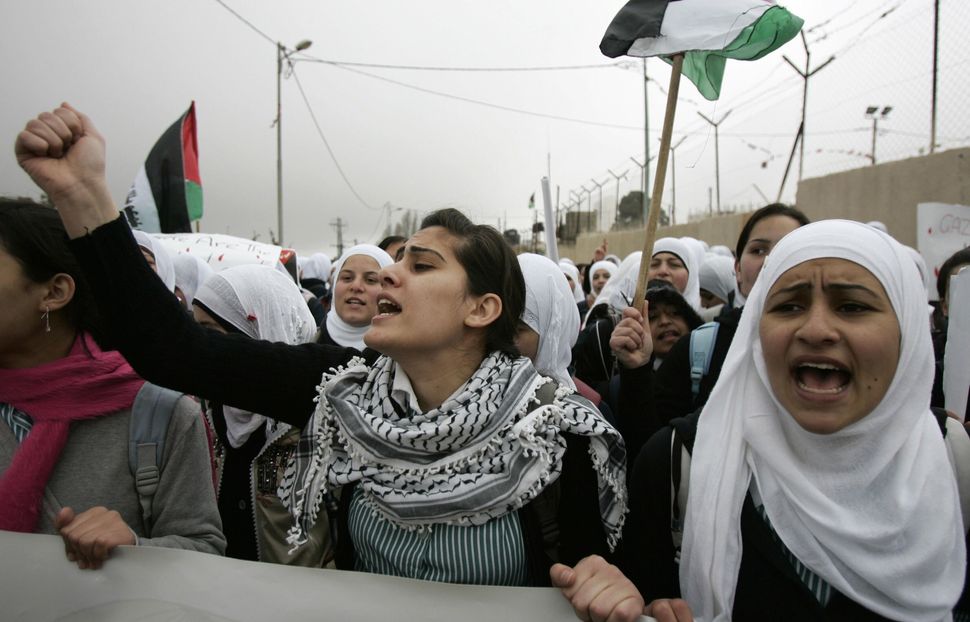 To varying degrees, most of us live in a state of willful blindness. We see horror all around us: people lying half-clothed, unconscious, on the sidewalk; football players who sustain brain damage for our enjoyment; news reports about children dying of hunger. We see these things the way we see the passing landscape. We see them and we go about our day.

Then there are the horrors that we could see but choose not to, even when they are nearby: prisons, inner-city emergency rooms, Alzheimer’s wards, even the kitchens of the restaurants in which we eat.

Imagine if the undocumented, underpaid, often abused kitchen workers who cook our food and wash dishes marched out to the tables and challenged our complicity in their exploitation: #MeToo is a bit like that. What was hiding in plain sight is finally impossible to ignore. For decades, men — myself very much included — saw the underrepresentation of women in positions of power the way we see homelessness: as part of the landscape. We didn’t ask hard questions. We didn’t peer into dark corners. We ignored or downplayed sexual harassment even when it stared us in the face. To ease our consciences, we even blamed women for their own disempowerment: Maybe they didn’t care as much about professional success as we did. Maybe they were happier on the “mommy” track.

The #MeToo movement has exposed these rationalizations as shameful and absurd. It has made many men — myself very much included — realize how many of our professional opportunities depended on the denial of opportunity to talented women. And as I watch the extraordinary reckoning between women and men, I sometimes wonder: Will there ever be such a reckoning between Palestinians and Jews?

Of course, the relationships are different. Since men and women work in the same offices, the abuse occurs right in front of us. The victims who come forward are our colleagues and friends. The relationship between American Jews and Palestinians is far more distant. Since the two communities live half a world apart, it’s even easier to avert our eyes.

But it, too, is a relationship of oppression and deliberate ignorance. American Jews help sustain America’s near-automatic support for the Israeli government. And that support makes possible Israel’s denial of basic rights — the right to travel freely, the right to due process, the right to vote for the government that controls your life, the right to be a citizen of the country in which you live — to millions of Palestinians. This denial of basic rights — which even the men charged with administering the West Bank have termed “colonial” and “brutal” — isn’t hard to see. It doesn’t take long to drive from your hotel in Tel Aviv to Susiya or Shuhada Street. But it requires a willingness to peek into dark corners, the same willingness that so few men showed for so long about their female colleagues. And it requires a willingness to act upon what you’ve seen. Men who challenged the sexual harassers in their midst risked losing their jobs. American Jewish officials who speak openly about what they have seen in the West Bank risks losing theirs.

So American Jews deploy our own set of rationalizations. West Bank Palestinians, we insist, prefer to live as stateless citizens under military law. They prefer it because, in Syria, Arabs have it worse. They must prefer it because they could have had a state in 2000 and 2008, but their leaders refused one. Maybe they don’t prefer it, but they deserve it because they keep resorting to terrorism and thus haven’t shown themselves civilized enough for self-government.

These rationalizations are absurd. The fact that other human beings — and even other Arabs — face greater oppression does not justify denying Palestinians basic rights. The fact that Palestinian leaders rejected Israeli proposals for a (more limited) Palestinian state — just as Israeli leaders rejected Palestinian proposals for a more expansive one — does not justify denying Palestinians basic rights. If Martin Luther King had rejected a particular piece of civil rights legislation in 1963 because he felt it did not go far enough, African Americans would not suddenly have deserved to live under Jim Crow. Finally, the argument that West Bank Palestinians don’t deserve basic rights because some Palestinians have committed terrorism would have justified maintaining colonial rule across the globe. Algerians committed terrorism in their anti-colonial struggle. So did Kenyans. So did some Zionists when they were trying to expel the British. Oppression doesn’t become legitimate just because certain people resist it in immoral ways.

These rationalizations don’t persist because they are persuasive. They persist because they ease the consciences of American Jews who want to enjoy the privileges of Jewish statehood without truly seeing its victims. I have no idea when, or even if, this willful blindness will become impossible. But what #MeToo shows is that every system of oppression sits atop a volcano. And when it erupts, people realize that, had they wanted to, they could have heard the rumblings all along.

Peter Beinart is a Senior Columnist at The Forward and Associate Professor of Journalism and Political Science at the City University of New York. He is also a Contributor to The Atlantic and a CNN Political Commentator.