The 8-Year-Old Girl Who Woke Up Israel

Israel has a new and unlikely national heroine. She is a small, blond, bespectacled Orthodox 8-year-old girl, the daughter of American immigrants who live in Beit Shemesh. Her name is Na’ama Margolese and she was featured in a news broadcast on Israel’s Channel 2 about the ongoing Haredi harassment of the girls who attend the Orot Banot School, and about the problem of extreme Haredi control in Beit Shemesh in general. 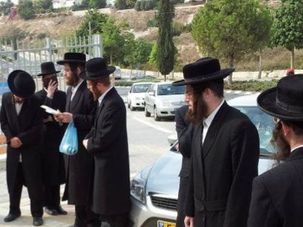 The end of the long string of Jewish holidays in the fall is normally a time for relief and celebration for Israeli parents who are weary of entertaining their children during the long weeks of school vacation.

It’s not right that the denim-skirted young girls of the Orot Banot school in Beit Shemesh should be the front-line soldiers in the battle for religious tolerance and co-existence in their city. But as they face jeering men and hurled eggs, and tomatoes as they walk to and from their classrooms, that’s exactly what they are.