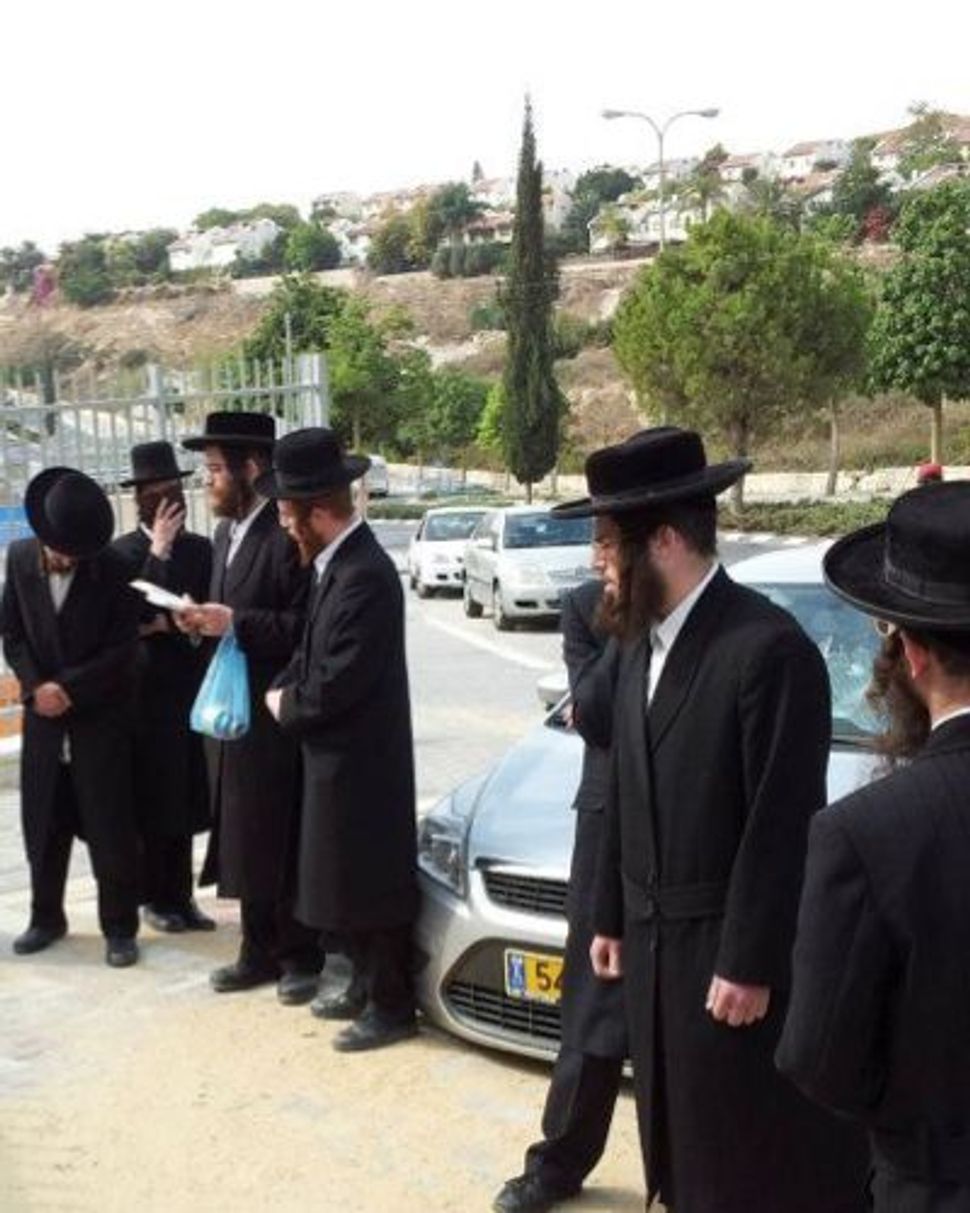 The end of the long string of Jewish holidays in the fall is normally a time for relief and celebration for Israeli parents who are weary of entertaining their children during the long weeks of school vacation.

But for the parents of girls at the Orot Banot school in Beit Shemesh, back to school marks a stressful and unpleasant return to battle. Extremist ultra-Orthodox elements have resumed their campaign to harass them into moving the school from its location on the border of their neighborhood. Earlier posts on the struggle in The Sisterhood can be found here and here.

The war over the school for Modern Orthodox girls has been taking place since the beginning of the school year. There was a period of respite from the men in black shouting curses and insults over the holidays, both because of school vacation, and because the demonstrators were busy celebrating the holiday. Hope emerged that dialogue between representatives of the school and rabbinic leaders in the ultra-Orthodox communities might bear fruit.

But no such luck. On Sunday, the very first day the girls returned to school, the battle against them was revived with renewed strength.

The day began with the unwelcome discovery that a stink bomb, apparently a fishy mixture that smelled like feces, had been thrown through a closed windown into a 3rd Grade classroom. Then, at 1 pm, while school was still in session, the demonstrators showed up.

According to Rabbi Dov Lipman, a Beit Shemesh resident who is an active volunteer in the fight for Orot Banot, the extremists who had previously screamed their epithets and insults from the sidewalk, “actually got close to the school building where they were screaming towards one of the windows, causing fear in the classroom – the screams of the girls could be heard outside.”

Lipman wrote on the wall of the Facebook group for Orot Banot parents and supporters that when one of the parent volunteers monitoring the school saw the demonstrators encroaching, they summoned the police who, within minutes, approached the demonstrators who were alternating the chanting of prayers and psalms with their standard cries of “shiksas” and “sluts.” The police ushered them away from the school to the spot where their demonstration had been restricted in earlier weeks.

This video documents how police used the threat of riot control equipment — stun guns — to force them away from the school. To the rat-a-tat-tat of the stun guns they shuffled away, all the while crying “immodest girls, get out” and “tell your parents you don’t want to study here” and “We won’t stop until this school is moved!”

The video shows the policemen explaining to the protestors that they cannot scream and yell right next to the school and rather half-heartedly threatens to issue a ticket for a fine. The frustration of the parents is clear on their Facebook wall as they continue to discuss strategies for combating the ongoing aggression from the extremists, and the effect of the harassment campaign on their daughters. Some of the girls, the parents reported, laughed and showed disdain for the demonstrators, but there were plenty who were upset and frightened by them.

Their parents are concerned about the long-term effects of the experience, unhappy that there is no end to it in sight but still determined not to surrender.