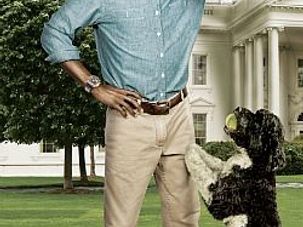 President Obama listens to Israeli radio on an ’80s-style boom box. That’s the controversial concept behind a new ad for a radio station’s election coverage.