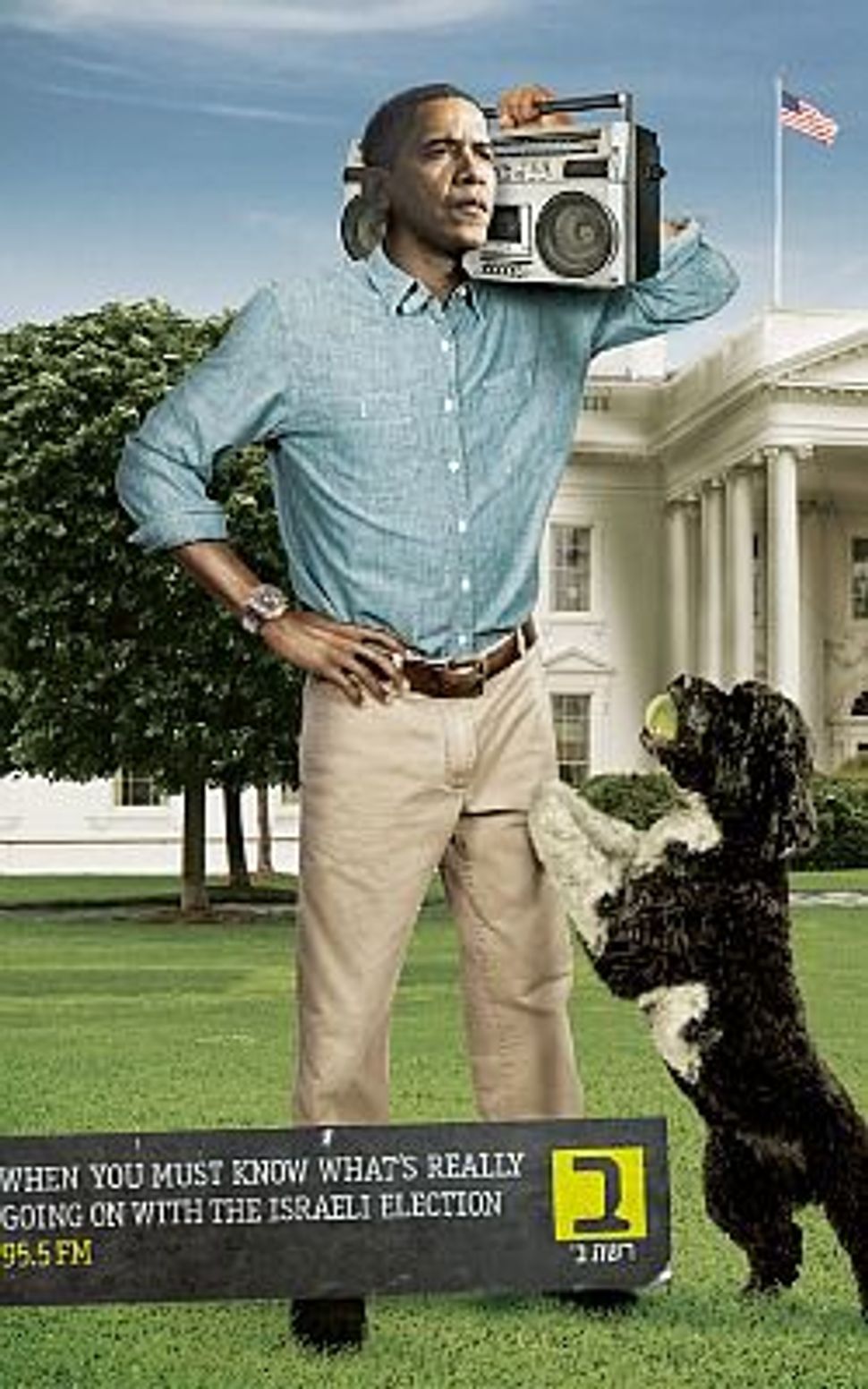 President Obama listens to Israeli radio on an ’80s-style ghetto blaster. That’s the concept behind a new Israeli ad for a government-owned radio station, promoting its coverage of the upcoming elections in the Jewish state.

The ad pictures the U.S. president on the lawn of the White House with a radio glued to his ear.

But it’s not just any radio. The first black president is depicted carrying a large boom box of the sort associated with the inner city youth culture of the crack era.

Apparently, the eye-catching goal of the ad is to convince Israelis that everybody — even Barack Obama — tunes in to catch the station’s coverage. The ad’s text reads, “When it’s really important for you to know what’s happening in the elections.”

It also shows the First Family’s dog, Bo, clamoring for the president’s attention on the White House lawn.

Other images in the print campaign include a doctored photo of Hezbollah chief Hassan Nasrallah listening to a radio while hiding under a desk, and Iranian president Mahmoud Admedinijad in a bathtub.

One way of looking at that decision is that they are three foreign leaders with important stakes in the Israeli election, coming up on January 22.

Another way would be that the station is throwing the leader of the world’s most powerful democracy and Israel’s closest ally with two leaders who have vowed to destroy the Jewish state. Not necessarily a wise editorial decision.

The station, Reshet Bet, is operated by the Israel Broadcasting Authority, a government agency.