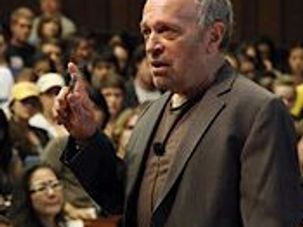 “Inequality For All,” a new documentary film premiering this week at the Sundance Film Festival does for economic inequality what “An Inconvenient Truth” did for climate change.

The Wall Street Journal reports that Stanley Fischer, governor of the Bank of Israel,

Jews and the Enthusiasm Gap

The buzzword is enthusiasm this midterm election season. In the Wall Street Journal in early August, Robert Reich wrote about “The Obama Agenda and the Enthusiasm Gap.” By month’s end, the New York Times editorialized about “The Wrong Kind of Enthusiasm.” Across the political spectrum – and borne out in primary turnout numbers this summer – conservatives are viewed as far more excited than liberals about their candidates for U.S. House and Senate, governorships and statehouses.