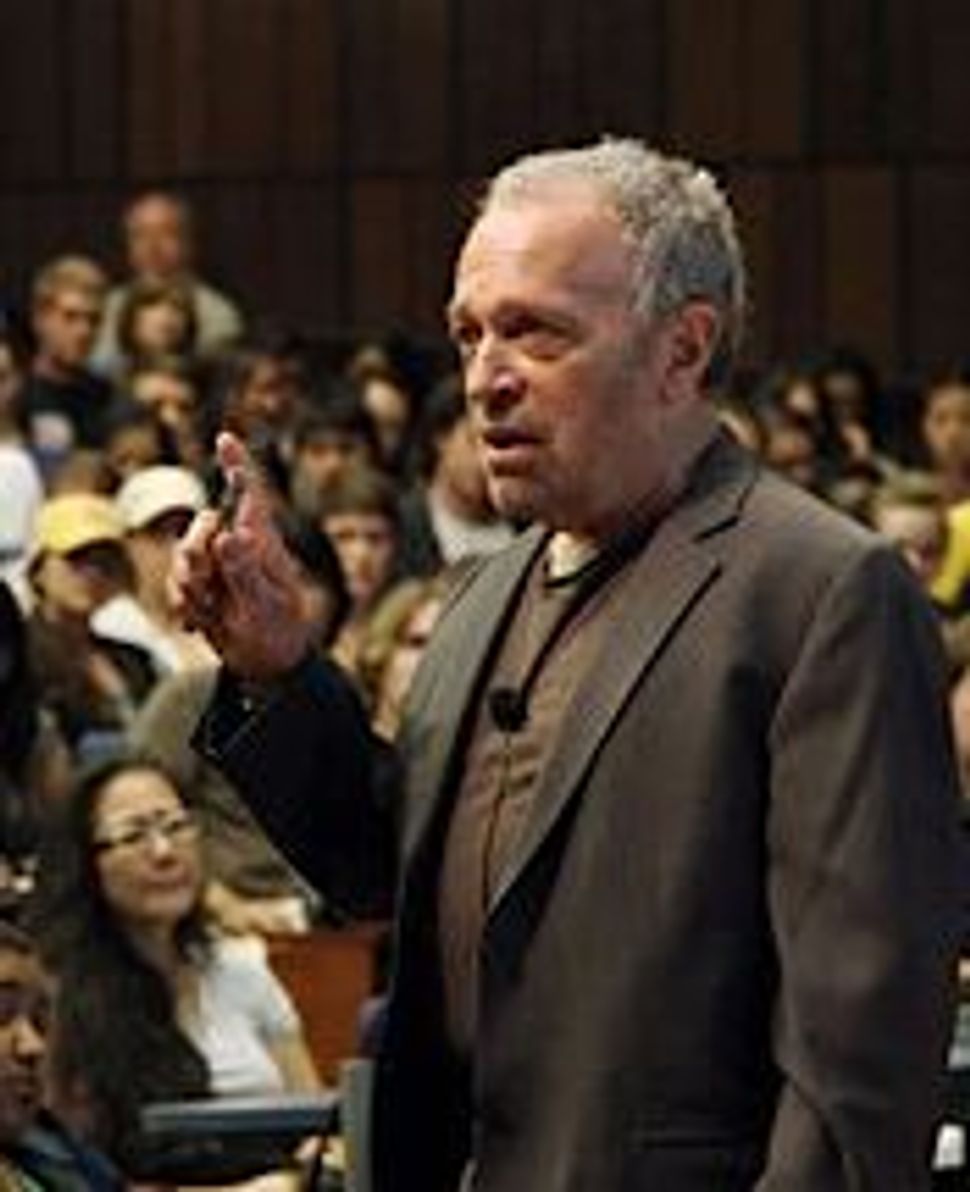 “Inequality For All,” a new documentary film premiering this week at the Sundance Film Festival does for economic inequality what “An Inconvenient Truth” did for climate change.

While “An Inconvenient Truth” had Al Gore expounding on the causes and effects of global warming, this new movie has former labor secretary and current UC Berkeley professor Robert Reich explaining the global economic forces affecting our lives and arguing that widening income inequality is a great — if not, the greatest — threat to our economy and democracy.

Sebastian Dungan, one of the producers of “Inequality For All,” has no problem with the comparison between the two films. In fact, he told The Arty Semite in a recent phone interview that the climate change game-changer served as an inspiration for him, his producing partner Jen Chaiken and the film’s director, Jacob Kornbluth. “’An Inconvenient Truth’ has a polar bear, and our film has middle class families,” Dungan said.

“Inequality For All” uses sleek graphics, archival material, verité footage and interviews of experts and regular working people to make its point. But it is Reich who stands at the film’s center. Seen lecturing to overflowing university classes, interacting with students and speaking directly into the camera, the diminutive Reich is the vital force of the narrative. “Bob’s the little guy fighting for the little guy, with an important message that needs to be heard,” Dungan said. “He’s been a man on a mission for the past 30 years.”

Dungan says the production team knew they had to pursue this film following an “aha moment” upon reading Reich’s 2010 book, “Aftershock: The Next Economy and America’s Future.” “For the first time, I had a true understanding of global economic forces that effect our lives,” Dungan recalled. “He is a genius at explaining complicated things simply.”

The producer, who until now had made only dramatic films, took the project on because of the possibility for it to have an impact. “I really think it has the potential to go beyond documentary TV to become theatrical, win awards, and spark debate,” he said. “It can become a reason for people to talk about the issue, to crystallize the debate.”

Viewers will learn from Reich about topics like wage stagnation, consolidated wealth, manufacturing, financial instruments, capital markets and globalization, but they will also be inspired by his tireless efforts. “Tikkun Olam is a quality central to him,” Dungan remarked. “His calling is to fix problems, to make a better world. He is the person most genuinely motivated by this that I have ever met.”

It is early yet for Dungan and his colleagues to be able to tell whether “Inequality For All,” which is in the U.S. Documentary Competition at Sundance, will make the impression they hope it will. But one reaction at an early screening bodes well for the film’s success. Dungan said that Reich’s son was there, and after viewing the film, he told his father that this was the first time he truly understood all of his ideas. Dungan was standing nearby and watched and heard the conversation. “Reich had tears in his eyes.”

Watch the Kickstarter video for ‘Inequality for All’: