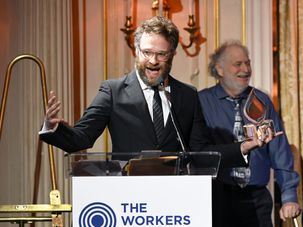 For Jews, the book may strike a nerve, or prompt entertained nods of recognition. 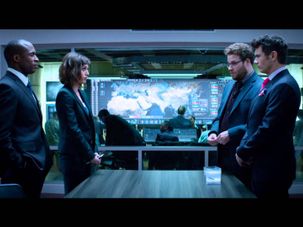 The Interview - Official Teaser Trailer - In Theaters This Fall

Sony Pictures Entertainment wrote: In the action-comedy The Interview, Dave Skylark (James Franco) and his producer Aaron Rapoport (Seth Rogen) run the popular celebrity tabloid TV show “Skylark Tonight.” When they discover that North Korean dictator Kim Jong-un is a fan of the show, they land an interview with him in an attempt to legitimize themselves as journalists. 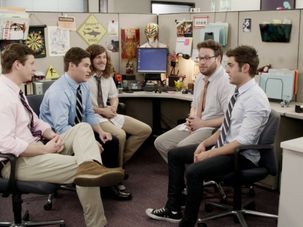 Comedy Central wrote: Adam, Blake and Ders come up with an unconventional and intimate method of interviewing applicants for a free spot in their cubicle. “Neighbors” hits theaters May 9. 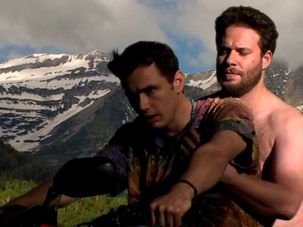