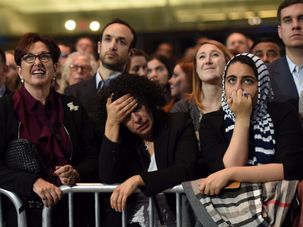 On election night 2016, Barbara Goldberg Goldman and fellow Jewish Democrats gathered to follow the results. Champagne bottles were chilling, and everything was ready for the celebration to start as soon as the presidential election was called for Hillary Clinton. One year and one day later, the same group got together, but for a very different purpose: to create a new organization that can make a difference in the Trump era. 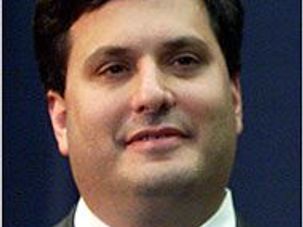 Bagels & Ballots: The Trouble Down South

What’s the Matter With Florida? Jewish Democrats aren’t doing well in … South Florida? What’s up with that? It’s a sign of the times, the Forward’s Washington correspondent Nathan Guttman suggests. “Trailing in the polls is probably the only thing the two Jewish Floridians have in common.” (MitzVote)

What's the Matter With Florida?

It is hard year for all Democrats, nothing new about that.

Bagels & Ballots: It's AFSCME Versus the Chamber of Commerce

Hey, Big Spender: As of Friday, the election’s biggest spender is the American Federation of State, County and Municipal Employees. An 11th-hour push of $16 million to Democrats thrust the public-sector union ahead of the Chamber of Commerce. (The Wall Street Journal)

Florida Heat: According to Politico’s Alexander Burns, Gov. Charlie Crist, running in Florida’s senatorial contest as an independent, is about to get “the full Arlen Specter treatment” as the state’s Democratic party supports an ad from Democratic opponent Kendrick Meek that points to Crist’s Republican — no less, his “Jeb Bush Republican” — past. It includes footage of Crist praising Sen. John McCain for choosing Sarah Palin as his 2008 running mate. (Politico)