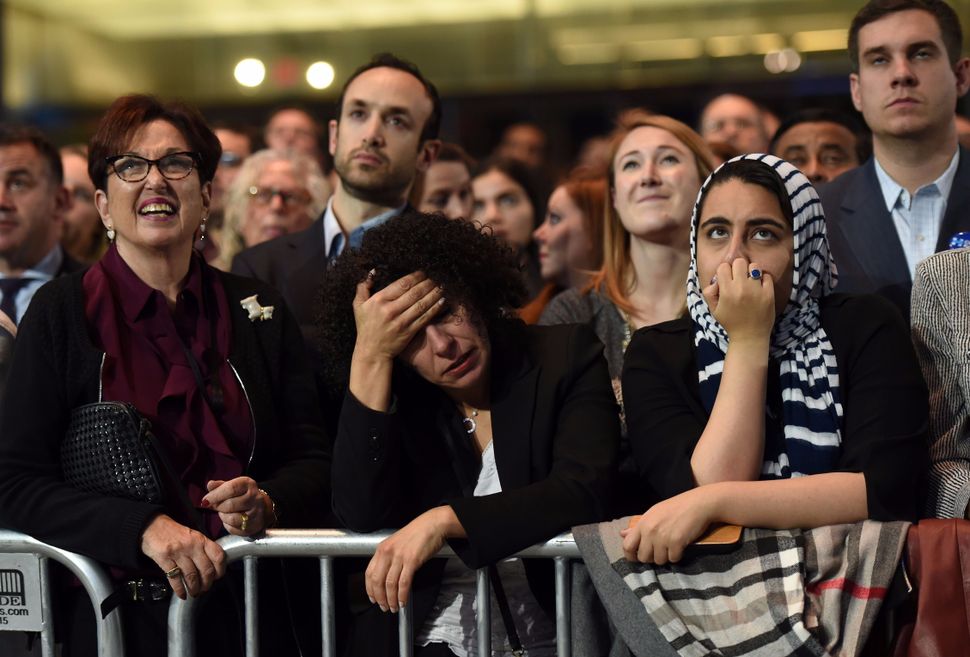 On election night 2016, Barbara Goldberg Goldman and fellow Jewish Democrats gathered to follow the results. Champagne bottles were chilling, and everything was ready for the celebration to start as soon as the presidential election was called for Hillary Clinton. One year and one day later, the same group got together, but for a very different purpose: to create a new organization that can make a difference in the Trump era.

“A year ago, we were hoping to have a celebration, but it didn’t happen,” Goldman said. “Since then, we’re thinking: How do we get people back on their feet?”

The new group is called the Jewish Democratic Council of America, and it will bring to the cause new donors and a new approach, one that emphasizes Jewish Democrats’ pro-Israel credentials. Its founding board members, who are currently also the funders, include well-known Jewish political donors and activists such as Florida’s Michael Adler, Marc Stanley from Dallas, former Massachusetts state treasurer Steve Grossman and Dede Feinberg, former chair of the Jewish Federations of North America.

Every Jewish Democratic organization faces the same dilemma: Is there a need for a separate Jewish group when Jews already overwhelmingly vote Democratic and are already an integral part of Democratic politics?

In 2017, the answer is definitely yes, said JDCA Chair Ron Klein, a former two-term Florida congressman, speaking to donors and activists at the hotel ballroom on Capitol Hill where the launch event was held Wednesday night. 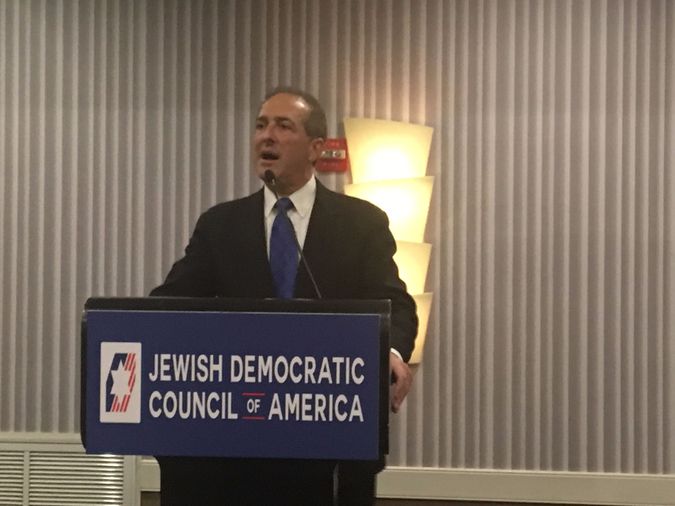 “Today, under President Trump and a Republican congress pushing very right-wing positions on many issues the Jewish community cares about, we have a new calling,” he said.

JDCA is kicking off its operation with a full year to go before the midterm elections. In this time, it plans to build a first-ever database of Jewish voters in America, which will be used to reach out to Jewish Americans via tailored political messages and requests for support. The group is also considering setting up a political action committee in order to raise money for candidates it endorses.

Longtime Democratic senator Ben Cardin evoked his grandparents, European immigrants, as a reason for being there.

“Values that brought my grandparents here are being challenged today,” the senator from Maryland said.

Other high-profile attendees included House Minority Leader Nancy Pelosi, who noted there were more Democratic lawmakers attending the events than she sees in regular congressional meetings; former vice presidential candidate Tim Kaine, and various senators and representatives. Debbie Wasserman Schultz, who chaired the Democratic National Committee and started her political career as a staffer of the National Jewish Democratic Council, was also on hand.

One less likely guest at the event was Israel’s ambassador to Washington, Ron Dermer, who has been accused in past years of favoring Republicans and of working with Prime Minister Benjamin Netanyahu to undermine President Obama and the Democrats. Dermer praised the new group, calling it a “strategic asset” for Israel, and adding that “you cannot fly a plane with one wing.”

“There is very strong support for Israel in the Democratic Party,” Dermer said, disagreeing publicly with Republicans who argue that their rivals have shifted away from pro-Israel stands. 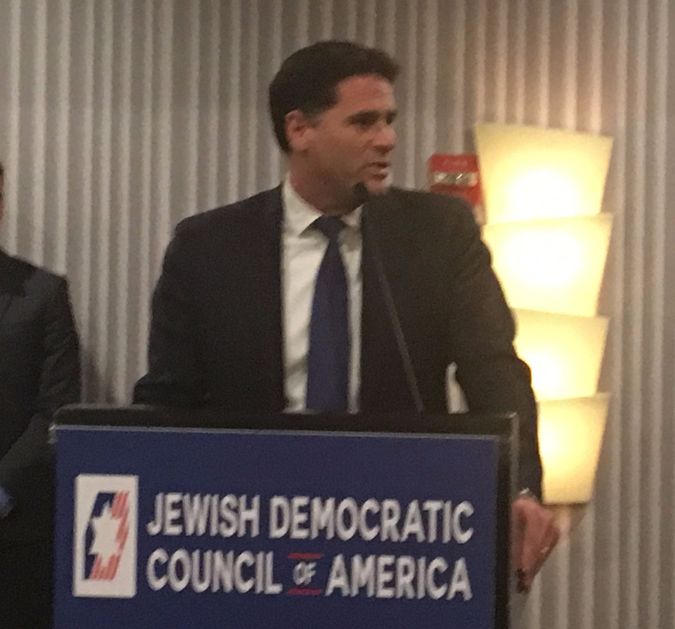 But Dermer wouldn’t have had to say anything like that if Jewish Democrats weren’t still actually struggling with the perception that some in their party have turned their back on Israel.

There is a “problem with the extreme left part of our party” on the issue of Israel, said another member, Arnold Linhardt from New York, showing off an old campaign pin reading “Proud Pro-Israel Democrat.”

Bernie Sanders aired harsh criticism of Israeli policies regarding Israel’s conflict with the Palestinians during the campaign; Jewish Democratic senators complained directly to Netanyahu about his treatment of non-Orthodox Jewish denominations in Israel, and even a boilerplate mention of Jerusalem during the party’s 2012 convention led to a tense argument. Republicans have refrained from criticizing Israel’s right-wing coalition government.

JDCA says it can simultaneously criticize Israel and be pro-Israel.

“We can be supportive of Israel and still raise questions to the Israeli prime minister,” Klein said.

A flyer handed out to supporters of the group listed the size of the Jewish population in swing states. Whether its 650,000 in Florida or 76,000 living in Nevada, Jewish voters, the group believes, can play a role in helping flip back swing states that Trump won in a small margin.

“It’s going to be a lively debate; it’s not as if there’s one single view within the organization,” board member Joel Rubin said. “What we’ll be doing is to say, ‘The bottom line is that Democrats are pro-Israel.’”