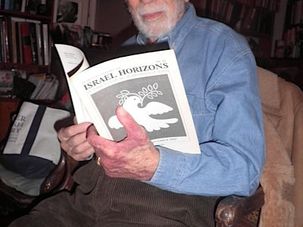 Walt and Mearsheimer Take ‘The Israel Lobby’ to Israel

It seems that two of the pro-Israel community’s least-favorite political scientists, “Israel Lobby” authors Stephen Walt and John Mearsheimer, are giving a talk next month in a somewhat surprising locale — the Hebrew University of Jerusalem. How nice. Maybe Walt and Mearsheimer will learn something.