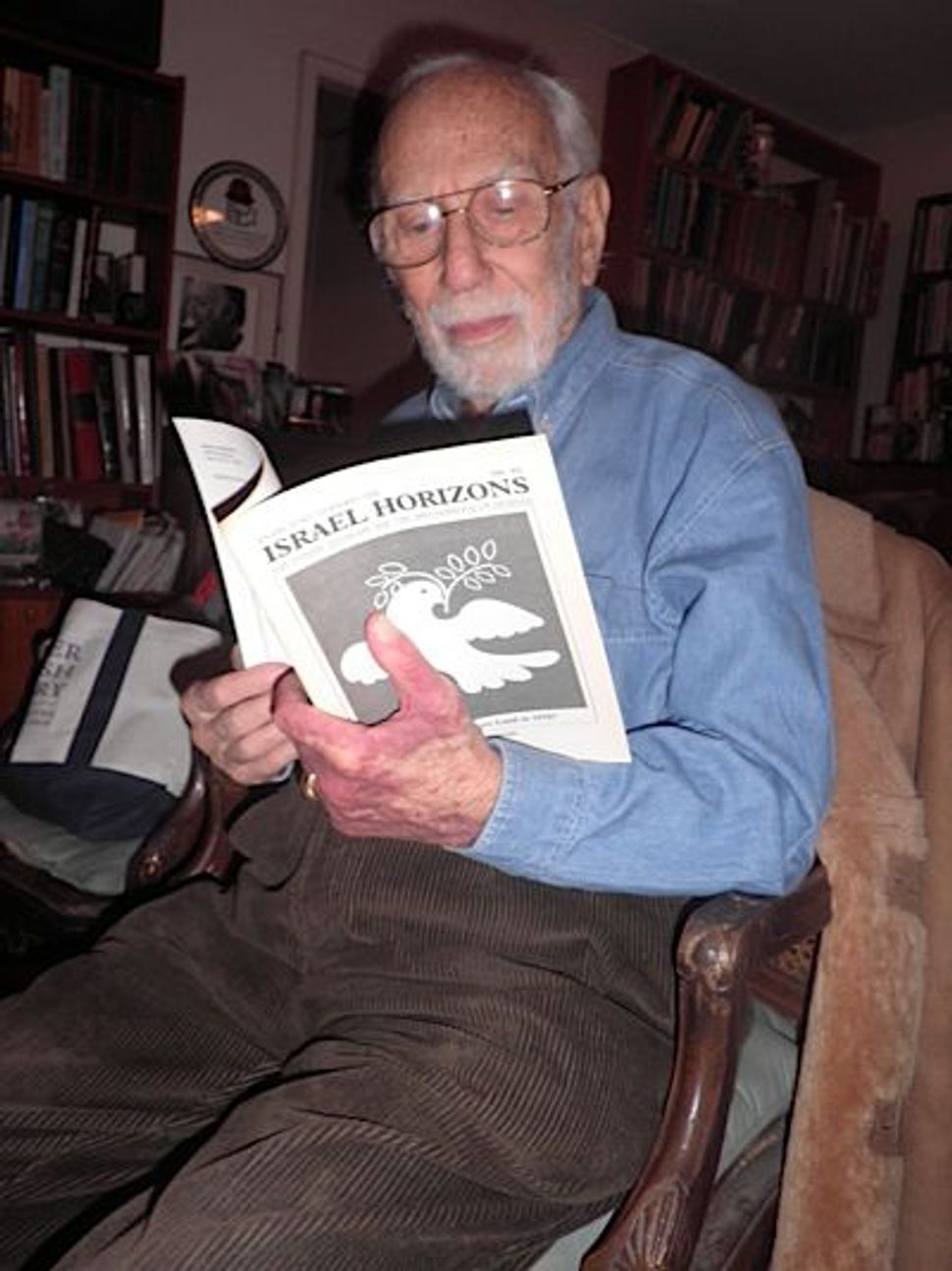 The final issue of the 58-year-old quarterly rolls off the presses this month. The periodical had already been limping along, publishing only one issue in 2010. Meretz USA, a nonprofit organization working to create partnerships between dovish Americans who support Israel and their counterparts within the State of Israel, has now issued the final issue in 2011.

“The journal was a source of pride,” said Ralph Seliger, who was editor from 1991 to 1995, and again from 2003 to the present. “It really was my calling.” Circulation hovered between 1000 and 2000 readers, and was funded by Meretz USA with additional donations from subscribers.

“It was a difficult decision,” said Ron Skolnik, executive director of Meretz USA. “It is not easy giving up on a vehicle that has been important to so many people.” He added that their resources were best utilized by integrating their communications into digital form, which can better keep pace with the news cycle. Meretz USA has built up its Facebook and Twitter presence, and is weighing an annual print report.

Moshe Kagan, who was involved with the journal from its inception, noted that a journal cannot survive over the years with just volunteer help. “At least we tried very, very hard,” he said.

Thumbing through highlights of the past decade, one can find Yossi Beilin warning against unilateralism; Letty Cottin Pogrebin discussing the Jewish Law of Return; Arthur Waskow on Gaza; Yael Dayan advocating a two-state solution, and a speech by Theodore Bikel at the 35th World Zionist Congress. Other articles ponder “Can Kibbutzim Survive?” and “Thinking about a Left-Zionist Think Tank.”

Seliger penned the editor’s section called “Column Left,” named both for its politics and its placement on the page. In the column, Seliger’s criticism of writers such as Tony Judt, John Mearsheimer and Stephen Walt packed a wallop.

Arieh Lebowitz, associated with Israel Horizons since 1979, said that the dwindling number of explicitly Jewish progressive publications is a troubling issue. The last few or more decades are littered with defunct publications, many New York-based. Lebowitz cited Youth and Nation magazine of Hashomer Hatzair, and Jewish Affairs magazine, which was affiliated with the Jewish Section of the Communist Party USA. He added a number of Yiddish publications to the heap: There was the Jewish Socialist Der Wecker, the Anarchist Freie Arbeiter Stimme, and the Morgn Freiheit newspaper, which was Communist and later independently left. Then there was Unser Tzait, the magazine of the Jewish Labor Bund, Yiddishe Kultur, long edited by Itche Goldberg, and Yiddisher Kemfer, the magazine of the Jewish National Workers Alliance/Labor Zionists, which has resurfaced a few times. “And there are others,” Lebowitz said.

The American liberal publication, The New Leader, lies dormant, and there is belt tightening at other publications such as Tikkun, which is changing from bimonthly to quarterly. Asked about the Labor Zionist journal, Jewish Frontier, Seliger shot back, “It went out before we did.”

Israel Horizons was founded in 1952 as the public face of the Progressive Zionist League, an organization of adults who were members of Hashomer Hatzair, the Socialist-Zionist youth movement originally formed in Europe in the mid-teens. Meretz USA inherited the publication from Americans for Progressive Israel, when API merged in 1997 with the U.S. support group aligned with Israel’s “Movement for Civil Rights and Peace” Party, known in Hebrew as Ratz. Notwithstanding the similarity in names, Meretz USA is separate from the Meretz party in Israel, though they share many views in common.

Seliger’s editorship of Israel Horizons is part of a Jewish odyssey he has been on since his youth. His parents’ background in Zionist youth groups in Europe and their near-miraculous escape from the Holocaust had an impact on him. “It made me prize my Jewish heritage,” he said. Seliger’s connection to Israel is tangible: About half of his extended family lives there.

Despite the journal closing, Seliger blogs regularly at meretzusa.blogspot.com, and his film and book reviews, news analyses and commentaries have appeared with some frequency in recent years for In These Times, Tikkun and this newspaper.

Seliger recalled ending his first stint as Israel Horizons editor in 1995 because the publication was taking too much of his time. “For awhile,” he said, “it became an obsession with me.” To what extent? “It cost me one or two girlfriends.”