Iran has slowed down its nuclear program, signaling its willingness to negotiate its future, the New York Times reported. 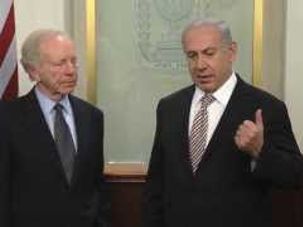 PM Netanyahu made the following remarks about the talks on the Iranian nuclear issue, on Sunday, 15.4.12, at the start of his meeting with US Senator (ID-CT) Joe Lieberman. Video: Roee Avraham, Sound: Itama Bitton 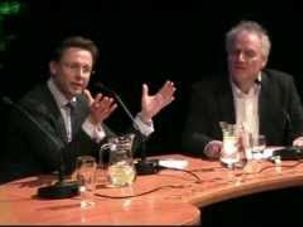 Relations between the Netherlands and Israel became even friendlier after the 2010 elections. This is striking, because the Dutch and the Israeli government already maintained a close relationship. What is the origin of this bond? What are its consequences and implications in the international sphere, especially on the the Israeli-Palestinian conflict and its parties? How come the Dutch position differs so strongly from that of other European countries? Why have politicians in the past been silent on this issue, only to voice their concerns after their time in parliament? All these questions will be addressed by Han ten Broeke (VVD member of parliament and one of the main proponents behind the current move towards intensification of ties), Harry van Bommel (SP member of parliament, publically critical of the Israeli occupation and the Dutch government’s position on it), Nabil Abuznaid (Head of the Palestinian delegation to the Netherlands) and Haim Divon (Ambassador of Israel to the Netherlands). There will be an opportunity to ask questions afterwards. In collaboration with the Faculty for Israeli-Palestinian Peace (FFIPP) www.ffippnl.wordpress.com. The moderator is political journalist Leonard Ornstein, who has conducted a television interview for the ‘Netwerk’ news show with the Israeli Minister of Defense, Ehud Barak. For those who can not find all 5 parts here are the addresses: youtu.be youtu.be youtu.be www.youtube.com www.youtube.com 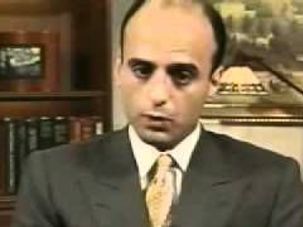 A conversation with Adel al-Jubeir about Saudi Arabia, and the Israel Palestine occupation.

This is not the man Iran wants dead. This man has a very loud pro-palestine message. I believe the plot for his assassination is more linked to an Israel false falg on US to strain relations between Iran Saudi Arabia and USA. Not between USA and Saudi relations. The Zionsits false falg is working to plan and the FBI has foiled nothing and is following the Mossad bread crumbs as planed.. 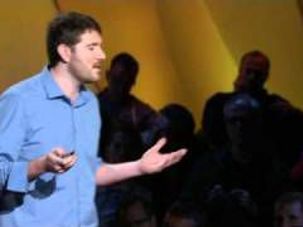 TED wrote: http://www.ted.com As web companies strive to tailor their services (including news and search results) to our personal tastes, there’s a dangerous unintended consequence: We get trapped in a “filter bubble” and don’t get exposed to information that could challenge or broaden our worldview.

When Haredi Rhetoric Turns Victimhood on Its Head

The Internet can be a nasty place. Whether due to the replacement of visceral human relationships with a cold, lifeless screen, or because people have learned to type faster than they think, something about Internet conversation seems to bring out the worst in human discourse. As my Forward colleague Jay Michaelson pointed out in his column last week, “the immediacy and anonymity of the Comment feature on the Internet encourages one to respond in the heat of the moment, and with as much fire as possible.”

The Israel Policy Forum is losing its most forceful voice in the public debate over promoting Israeli-Palestinian peace. M.J. Rosenberg, who served as the group’s director of policy analysis, is leaving IPF at the end of the month. Rosenberg will join Media Matters Action Network, a progressive organization focused on countering right-wing attacks in the media. He will be in charge of Middle East policy issues there. 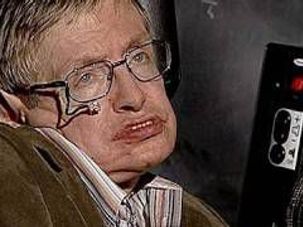 http://www.ted.com Professor Stephen Hawking asks some big questions about our universe — How did the universe begin? How did life begin? Are we alone? — and discusses how we might go about answering them. TEDTalks is a daily video podcast of the best talks and performances from the TED Conference, where the world’s leading thinkers and doers give the talk of their lives in 18 minutes.