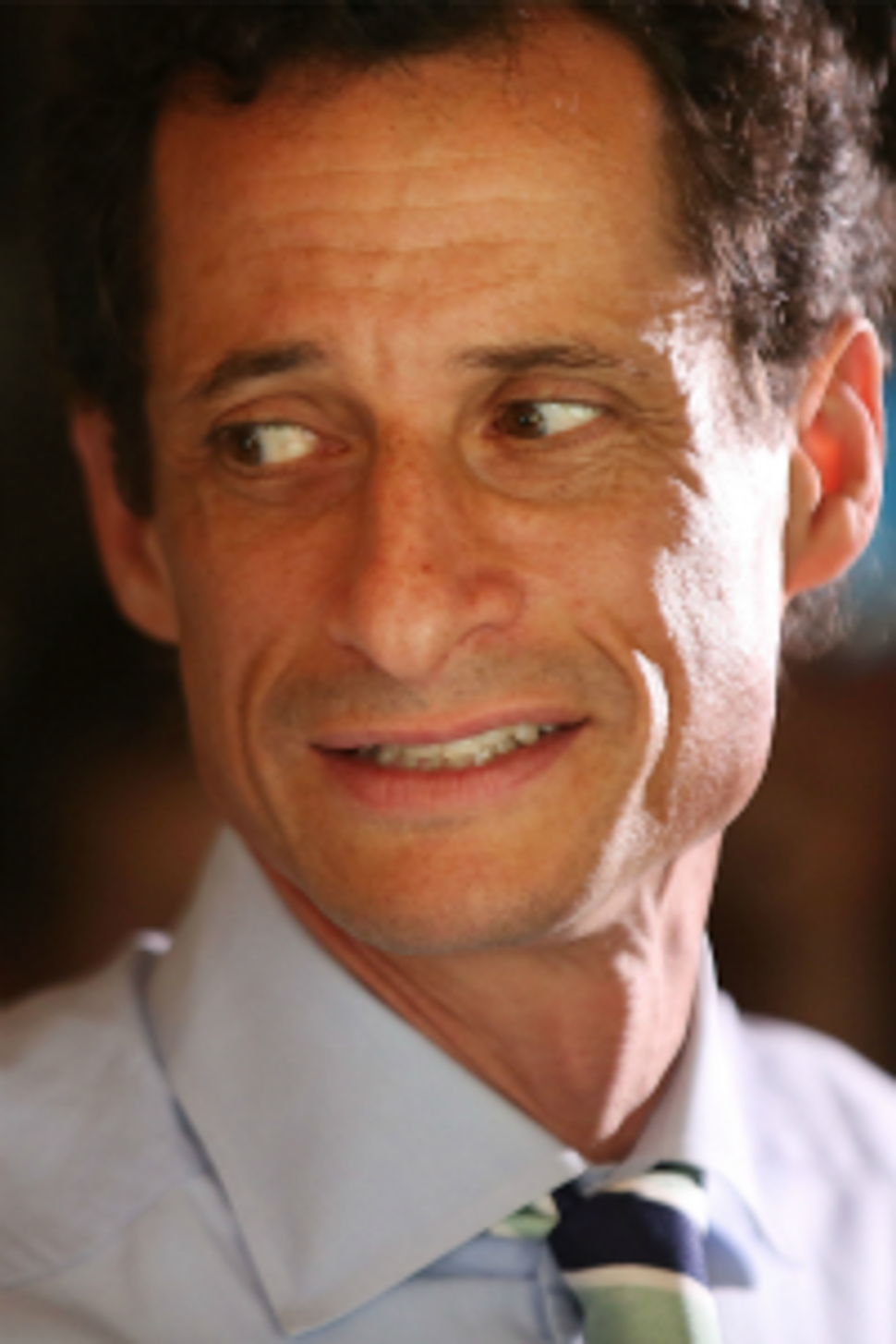 Shocker: Things are not going well for Anthony Weiner.

A week after the mayoral hopeful’s campaign started to implode when it was revealed that he had in fact continued his Internet sexcapades after his resignation from Congress, Weiner’s reputation continues to tank.

The latest debacle involves remarks made by a Weiner spokeswoman, Barbara Morgan, regarding a campaign intern. In an interview with Talking Points Memo, Morgan made disparaging remarks (to say the least) about Olivia Nuzzi, an intern for the Weiner campaign who wrote an article in the New York Daily News describing the inexperience of those hired by the candidate and a disorganized work atmosphere. Nuzzi also claimed that Weiner sometimes called interns by the wrong name and that most people joined the campaign to network with his wife, Huma Abedin.

“I’m dealing with like stupid f***|ing interns who make it on to the cover of the Daily News even though they signed [non-disclosure agreements] and/or they proceeded to trash me,” Morgan told Talking Points Memo. “And by the way, I tried to fire her, but she begged to come back and I gave her a second chance.”

Morgan also said that Nuzzi “sucked” at her job, and that she planned on making sure she never worked on another political campaign.

“She like wasn’t good at setting up events. She was clearly there because she wanted to be seen. Like it was, like, terrible and I had to like – she would like, she would just not show up for work,” she said. “For the four weeks she worked there — she didn’t work weekends, so twenty days total. Of those twenty days, she missed probably five because she would just like not show up and not tell me she wasn’t going to be there. So, yeah, so there’s that.”

After the story spread like wildfire on social media, Morgan apologized, telling The New York Observer’s Jill Colvin that she thought she was off the record.

.@BarbaraKMorgan tells me she thought she was off the record #whoops

“In a moment of frustration, I used inappropriate language in what I thought was an off-the-record conversation,” Morgan said. “It was wrong and I am very sorry, which is what I said tonight when I called and e-mailed Olivia to apologize.”

Morgan reiterated her apology via Twitter on Wednesday, with amusing creativity.