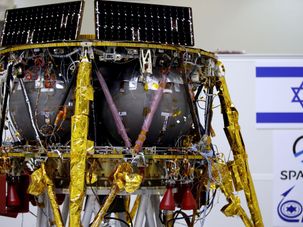 If Israel successfully lands a spacecraft on the moon it will only be the fourth country to do so. 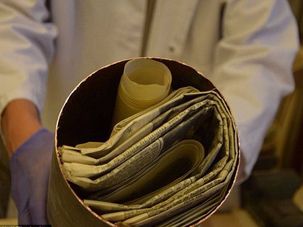 (JTA) — Archaeologists in Poland have unearthed a Nazi time capsule circa 1934 that contained images of Adolf Hitler, newspapers and other artifacts. The archaeologists had been aware for years of the existence of the time capsule, which was buried underground, but had not been able to reach the copper cylinder container, according to The Independent. The capsule was located earlier…

As the old saying goes, one person’s trash is another person’s treasure. That was certainly the case yesterday when deteriorating documents, newspapers and coins were unearthed at the Jewish History Museum in Tucson, which once served as Arizona’s first synagogue. The items were found in a time capsule buried inside a cornerstone of the building 100 years ago by members of the original congregation.