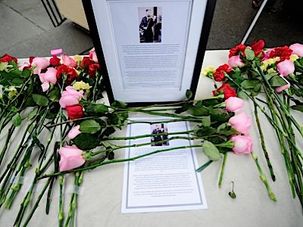 To the young people in our community:I’m your rabbi. As such, I am occasionally asked to share a few words or thoughts when bad things happen to good people. In this case, I want to write some words directly to you about Tyler Clementi’s tragic suicide last week. If you haven’t read about it, you can read a story about it here.Tyler was secretly filmed having a sexual encounter with another guy on the Rutgers campus. That scene was broadcast online, to his own humiliation, which authorities think was the major factor in deciding to take his own life. Authorities at Rutgers University, where Tyler was a talented, quiet and kind student, and the local police, are in charge of an investigation, the results of which we’ll keep reading about in the coming days.