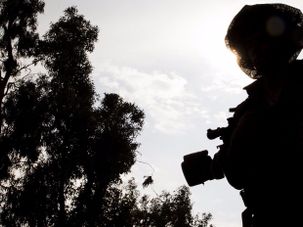 Members of the Obama administration’s national security team will travel to Israel next week to advance talks on a new U.S. defense assistance package to the country.

The Generals Vs. the Lobbyists and the Psychology of AIPAC

The press attention at AIPAC goes to the big speeches by prime ministers, superstar lawmakers and the occasional president. Most of the action, though, is in the less ballyhooed small-group workshops and “breakout” sessions, dozens at a time, where groups of delegates listen to experts expound on topics ranging from effective lobbying and working with estate planners to “Syria’s Destructive Behavior,” “Reducing Dependence on Oil,” “Saving American Lives With Israeli Military Innovations” and “The Modern Arab State: The Making of an Unstable Order.”

GOP Jewish Coalition Rips Ron Paul as Anti-Israel. You Don’t Know the Half of It.

Our friends at the Republican Jewish Coalition have issued a strong statement criticizing Ron Paul, the Texas congressman and newly announced contender for the GOP presidential nomination. Paul is scored for espousing “a dangerous isolationist vision for the U.S. and our role in the world” and for having been “a virulent and harsh critic of Israel during his tenure in Congress.”