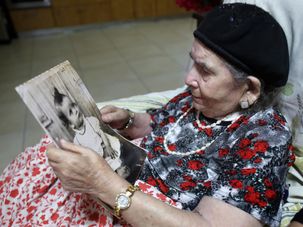 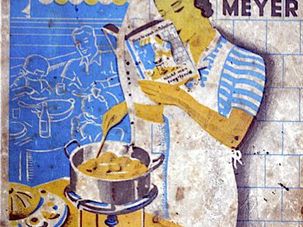 It’s hard to believe that a cookbook published in 1936 would have much relevance to today’s cooks, other than as a culinary artifact. But Dr. Erna Meyer’s “How to Cook in Palestine” — widely regarded as the first “Israeli cookbook” — offers lessons and recipes that are just as valuable to cooks in 2011 as they were 75 years ago. From eating locally and naturally to useful tips on saving money, Meyer was ahead of her time. Published by the Women’s International Zionist Organization (WIZO), during the British mandate, the cookbook provides unique insight into the roots of Israeli cuisine and illustrates how it started as a practical mixture of traditions from Europe, ingredients available in Palestine and economic considerations.

The Masculinization of All Things Religious

Eleven women’s groups got together last week to challenge gender discrimination that is written into Israeli law. As it stands, the Law for Appointing Judges bans women from applying for the position of Executive Director of the Rabbinical Court. Although such a law would have no doubt have been thrown out long ago from the American legal system, in Israel Version 2010, getting this law revoked is harder, it seems, than bringing the mountain to Moses, so to speak.

Offbeat Israel: Seductive Water and a Shul That Takes Plastic

Many Israelis considered it sexiest advertisement of the year. According to the Women’s International Zionist Organization (WIZO), it is also worthy of a more dubious accolade — the most sexist.