From the archives: Let’s go on a picnic for social justice 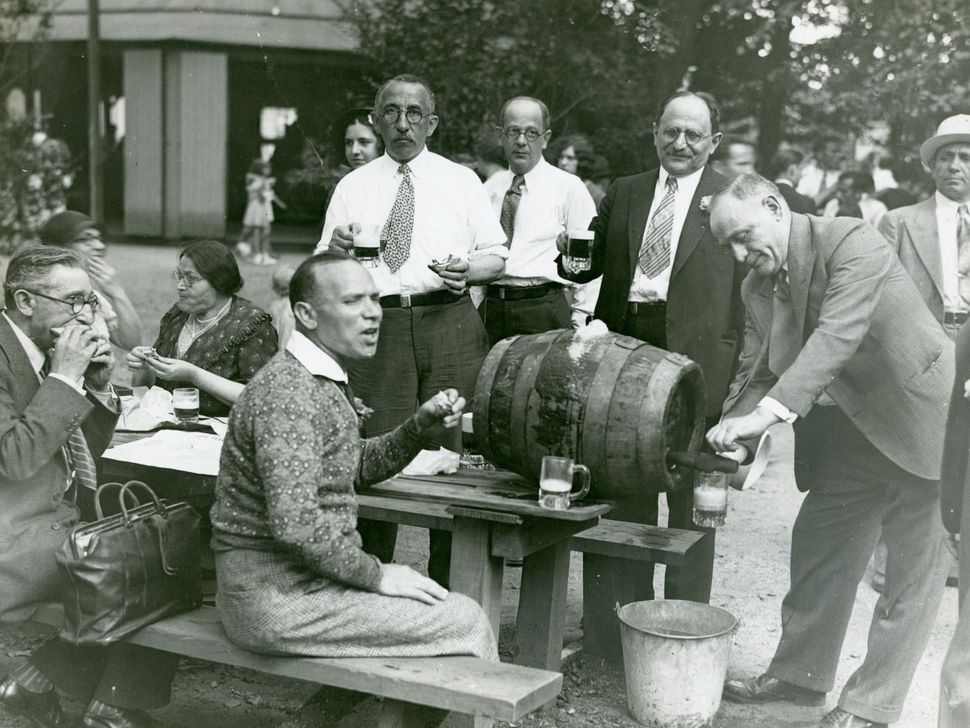 The Forward is one of 57 libraries, museums and city agencies, contributing to a new app called Urban Archive, helping make historical materials engaging and accessible. In honor of summer, we bring you this piece about the annual Workers’ Circle picnics for the local socialist party, which were widely attended and supported by members of the Forward Association. And not only did the Forward run stories and photos from the picnics every year, but they also heavily promoted them and printed advertisements urging readers to attend. Check out some of them below. And for more, check out our Urban Archive collection.

This photo is of Workmen’s Circle Branch 1 at a picnic for social justice at Brooklyn’s Ulmer Park. It ran in the Forward in July of 1931. In the 1920s and 30s, the local socialist party hosted annual picnics every summer since 1900 to help start the Socialist Party’s campaigns. By the time this photo was taken, the picnic had been a yearly tradition for three decades.

The Forward reported “people streamed in from all parts of New York, till late in the evening” to attend the picnic and described it as “a sea of people, over 30,000 men women and children.” Attendees included members from the Workmen’s Circle, from unions, from socialist clubs and radical organizations. “And they all found what they’d come looking for,” the Forward reported, “intellectual and other forms of pleasure.” The atmosphere was convivial: “Everywhere it was lively and there was enthusiasm to spare.”

The Forward reported, “In the afternoon, in a section of the park there was a rich program featuring socialist speakers and celebrity Yiddish theatre artists. Each labor organization grabbed their own section of the park, with the WC forming the largest grouping leaving an impression the entire park was theirs.” 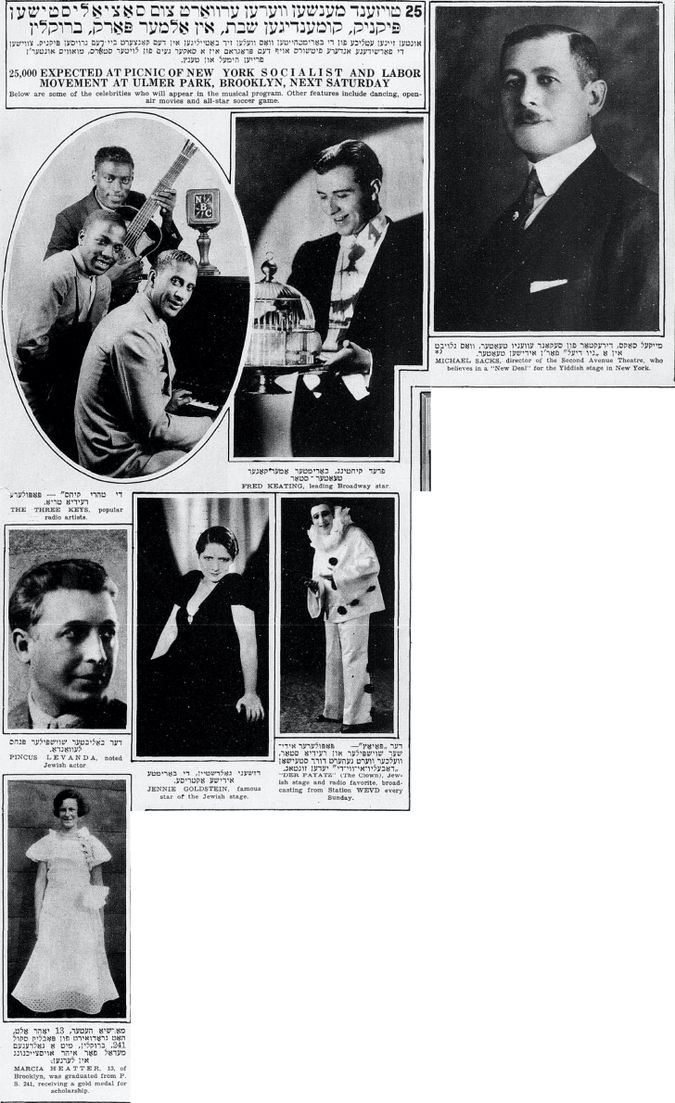 Forverts advertisement for the 1933 annual Workers Circle picnic. Image by The Forward

The Forward continued to run ads for the picnic in later years. In 1933, it said “25,000 expected for dancing, open-air movies, and an all-star soccer game, with a page of the celebrities appearing there to perform!” And in 1934, they showed a Charlie Chaplin film at the picnic.

The Workers Circle – formerly the Workmen’s Circle – is a Jewish social justice organization that historically was also a mutual aid society with a progressive vision of American and American Jewish life. It’s name in Yiddish is der arbeter ring, literally means worker’s circle as “arbeter,” means “worker,” and “ring” means circle or society.

For over a century, the Forward and the Workmen’s Circle shared co-working spaces, first on the Lower East Side, and then from 1974 on they shared a space in midtown until they parted ways in 2010.

Founded three years after the The Forward, in 1900 in New York City, the Workers Circle members could be counted on as stalwart Forward readers and frequently as the Forward’s writers, editors and in the Forward’s governance board and association.

Workmen’s Circle members organized themselves in branches that based on a number of characteristics including the group’s particular progressive Jewish socialist-leaning ideals or towns of origin in Eastern Europe.

As a sister organization of the Workmen’s Circle, the Forward was heavily involved in these picnics, often encouraging their members to attend and sometimes giving speeches. 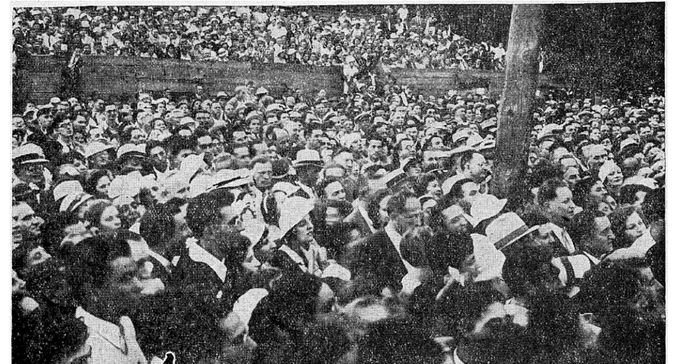 Forverts image from the 1934 annual socialist picnic. Image by The Forward

The picnics brought people from all over New York together for a day of enjoyment and solidarity. The Forward reported on one of these picnics in 1933 as having been ‘epic, admirable and beautiful.” The city was home to numerous delis, the most famous of which are Zabar’s, and Katz’s, which are still in business. Patrons could have bought picnic spreads to go.

Our photo shows the picnic-goers partaking from a large barrel of beer. The Ulmer Park area has a long beer-brewing history. The William Ulmer Brewery was founded in the 19th century in Bushwick, Brooklyn and operated a facility in Ulmer Park until 1920 when it closed due to prohibition.

Like other progressive societies of the time, the Workmen’s Circle offered members cultural events, classes, voting drives, vaccinations, information in their own language, help with housing, jobs, and burial as well as health insurance.

Today, mutual aid societies are alive and well, helping with the community response to the COVID-19 pandemic, offering services like food and prescription delivery to those stuck at home and even financial and legal support to families at risk of losing their homes due to the economic recession.

In addition to their Manhattan location the Workers Circle also has a school at 237 Park Place in Brooklyn that offers Yiddish classes. And the Ulmer Park site now houses the Ulmer Park branch of the Brooklyn Public Library.

At the end of their article on the 1931 picnic, the Forward reads “the issue discussed at the picnic this year is the same one as always. Should city government be serving corporate interests or those of the working masses?”

While Ulmer Park may have faded into redevelopment, you can still grab your comrades, your liver puff, your pastrami or tofu and head over to Surf Avenue, the latest outdoor brewery and ponder the issues that seem to still be current.

From the archives: Let’s go on a picnic for social justice