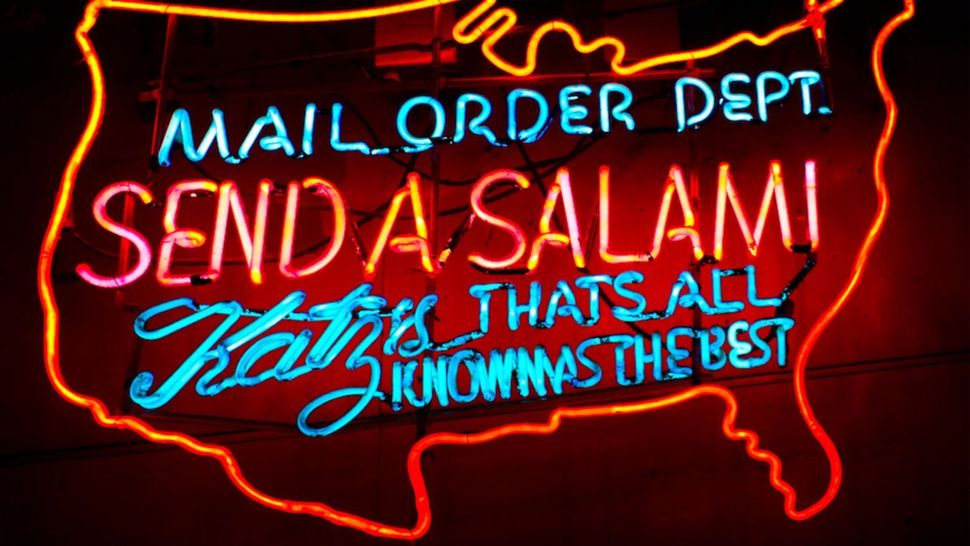 “Send a salami to your boy in the army.” That slogan is how Katz’s Deli kicked off its shipping business back during World War II. In more recent years, the Lower East Side house of pastrami has shipped corned beef, pickles, knishes, soup and yes, of course pastrami (both sliced and whole) to deli lovers and home sick New Yorkers who have moved to other parts of the country.

Later this year, Katz’s will start to ship those deli care packages abroad, the Wall Street Journal reported. The first slices of pastrami will likely go to Canada, then Mexico and ultimately to the far reaches of the globe sometime next year, Katz’s owner Jake Dell said. “The idea is to open products like pastrami, corned beef, pickles and mustard to regulars all over the world,” Dell told the Forward.

International shipping isn’t the only expansion plan Dell has simmering. He is preparing to open the first-ever location of Katz’s outside of the Lower East Side. The smaller location will open in the DeKalb Market in Brooklyn, which is slated to debut in June, only two blocks away from Junior’s. (Will a matzo ball soup war go down?)

The idea behind the brick-and-mortar expansion is the same as shipping, Dell said. He wants to bring the towering sandwiches to longtime fans whether they live abroad — or in New York, but can’t deal with the crowds at the original. “This is just bringing the food closer to them,” he said, “without changing the tradition of this place.”

Devra Ferst is a food writer and cooking teacher living in New York. Follow her on Instagram @dferstFind