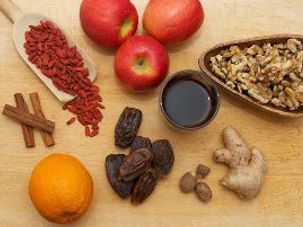 Let’s face it: even without the charoset, we honor mortar on Passover. The food of this holiday isn’t—how can I say this nicely?—easy on digestion. Matzoh, potatoes, eggs, various proteins, cheese, it seems that most of what we eat is pretty heavy, and we often pay the price, feeling sluggish and fatigued, especially after the Seders. Yes, we are commanded to relax and to relish in our liberation, and the food of Passover makes this quite easy. When thinking about lightening up some traditional Passover dishes to avoid this eventual fate, we don’t often think of charoset as something that can be modified, especially since it’s already so delicious. And how and why would we lighten up the food that symbolizes cement, right?! Well, by integrating a few key culinary concepts from traditional Chinese medicine (TCM), it’s easy to make charoset a bit more activating and invigorating, so it can do more for your body than just sit there in your belly, mortar-like. 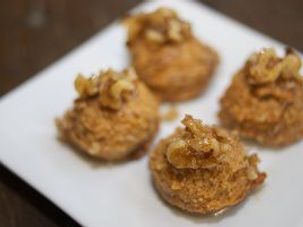 A Greek-American friend of mine told me about Artopolis bakery in Astoria. This bakery is the real deal; there are both savory and sweet pastries of all varities – from spanakopita, to biscuits, to cakes, to tarts. Once I knew of its existence, I found myself going out of my way to stop by Astoria and load up on their treats. I immediately fell in love with a cookie called melamakarona. These honey soaked biscuits were kept in a tray behind glass, which added to the allure. They looked so precious; their golden-brown color, glistening with honey and topped with chopped walnuts. The aroma is fragrant, with hints of clove and cinnamon. The texture of the cookie is baklava-esque, as it’s soft from the honey bath it sits in. 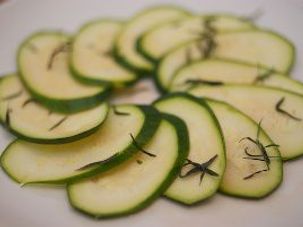 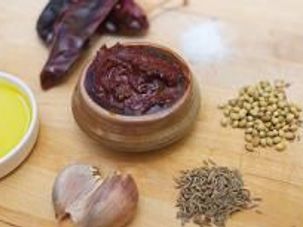 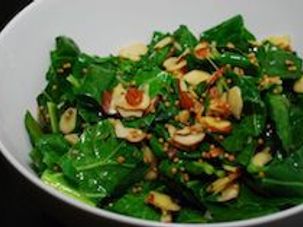 We tend to think of seasonal eating as a buzzword in today’s foodie scene, but it’s actually an old concept. As a practitioner of Chinese medicine, I spend a lot of time sifting through ancient Chinese treatises on diet and healing, all of which stress the importance of eating with the seasons as a means to living a healthy, long life. In my acupuncture practice, I find seasonal food recommendations and recipes extremely useful and empowering to patients, who start cooking for themselves and feeling better. Little did I know, much of what the classics of Chinese Medicine say can also be found in the writings of Maimonides, the great 12th century Jewish scholar.