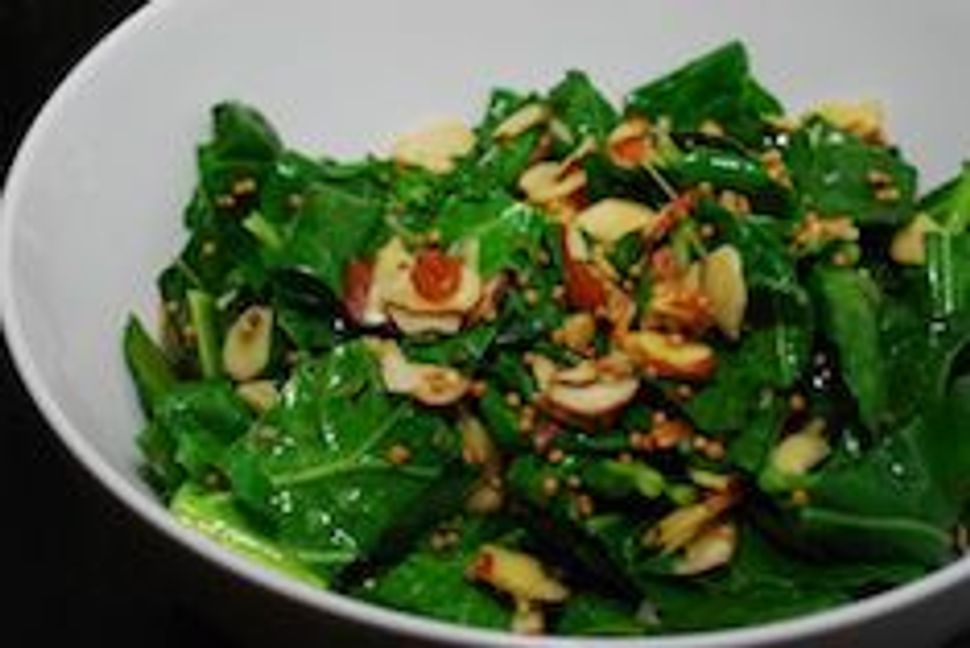 Image by Photo by Alexa Weitzman

We tend to think of seasonal eating as a buzzword in today’s foodie scene, but it’s actually an old concept. As a practitioner of Chinese medicine, I spend a lot of time sifting through ancient Chinese treatises on diet and healing, all of which stress the importance of eating with the seasons as a means to living a healthy, long life. In my acupuncture practice, I find seasonal food recommendations and recipes extremely useful and empowering to patients, who start cooking for themselves and feeling better. Little did I know, much of what the classics of Chinese Medicine say can also be found in the writings of Maimonides, the great 12th century Jewish scholar.

We don’t often think of the traditional Jewish diet as healthy, but Maimonides had some pretty insightful things to say about food, many of which would still be considered relevant in our current food culture. Maimonides was a prominent and prolific medieval Jewish scholar, philosopher, and physician, and he wrote extensively not only on Torah, ethics, and Jewish law, but also about diet and the treatment and prevention of disease. In fact, it was Maimonides who first recommended chicken soup, in his treatise On the Cause of Symptoms, for the management of breathing difficulty and weakness, and now we all reach for a bowl of the Jewish penicillin as soon as we feel a cold coming on!

In his monumental work, the Mishneh Torah, Maimonides tackles seasonal eating. He writes, “In the summer time, cold food should be consumed; one should be sparing with condiments; vinegar should be used. During winter, warm foods should be eaten; condiments should be liberally used with a little mustard and asafetida.” (Mishne Torah, 4:8)

We’re entering into the coldest months of the year, and following Maimonides’ principles means we should be increasing our warm foods and spice quotient. Maimonides specifically mentions two warming spices: mustard and asafoetida. Mustard has held a place in traditional diets from the Greeks to the Indians to the Egyptians. I learned about mustard seed (bai jie zie in Chinese) in acupuncture school, and while I sometimes add it to herbal prescriptions for patients with coughs and body aches, I more often suggest these patients incorporate the mustard seed directly into their diet, which is surprisingly easy.

Mustard seed belongs to the Brassica family, an agricultural distinction that includes such nutritional powerhouses as cabbage, kale, and broccoli. Like those revered vegetables, mustard is loaded with antioxidants and potent nutrients. Yes, you can use mustard the condiment on sandwiches, but that’s just the beginning! There are endless ways to incorporate mustard into your winter diet, such as:
• Toss just-out-of-the-oven roasted vegetables with whole mustard seed
• Mix Dijon mustard into dressings for steamed vegetables or whole grains
• Slather your winter Shabbat chicken with mustard (whole-grain mustard works well here)

Asafoetida, the other spice Maimonides recommends incorporating in the winter, is also known as “stinking gum”, which will tell you a little bit about how it smells. While not so well known in The West, asafoetida is commonly used in Ayurvedic medicine, the traditional healing discipline of India, as an antimicrobial agent and to treat digestive problems. Derived from the resin produced by the root of a giant fennel plant, it is still used as a culinary spice in Iranian and Indian cuisine. Despite its overwhelming, pungent odor when raw, once cooked, it mellows out into a pleasant, oniony flavor.

The next time you are planning a winter meal, heed the advice of Maimonides, who recommended that “the diet, in every district, should be chosen to suit the climate.” (Mishne Torah, 4:8) Maimonides was on to something, and it’s time to relearn the wisdom of eating seasonally.

Winter Greens with Mustard Seed, Asafoetida, and Almonds
This recipe uses both the spices that Maimonides recommends for the winter season. The asafoetida is sautéed with garlic to mellow out the pungency, and the mustard seed is toasted with sliced almonds to give a nice, roasted texture to the finished dish. The amount of Dijon mustard mixed in is what ultimately gives the dish the ‘kick’ — you can play around with how much you add; add more to ramp up the spice level, less if you’re cooking for milder palates. The result is a subtle and earthy, yet piquant dish…just what Maimonides ordered!

1) Heat a dry skillet over medium-high heat. Add the mustard seed and almonds, and continually shake the skillet until fragrant and the mustard begins to pop, around 3-5 minutes. Set aside on a plate. 2) Add the oil to the pan with the garlic and asafoetida. With a wooden spoon, stir for about 90 seconds, until the garlic is golden. 3) Add the greens and toss to coat with the oil combination in the pan. Season with salt and pepper, add the Dijon/water and cover the pan, turn to low, and cook for 3 minutes. Uncover, toss with toasted almonds/mustard and enjoy!

Alexa Weitzman is an acupuncturist in Queens and Long Island, NY, and writes a food blog, sustainablepantry.com, highlighting local, seasonal food. She is obsessed with educating people on traditional diets and their healing powers.