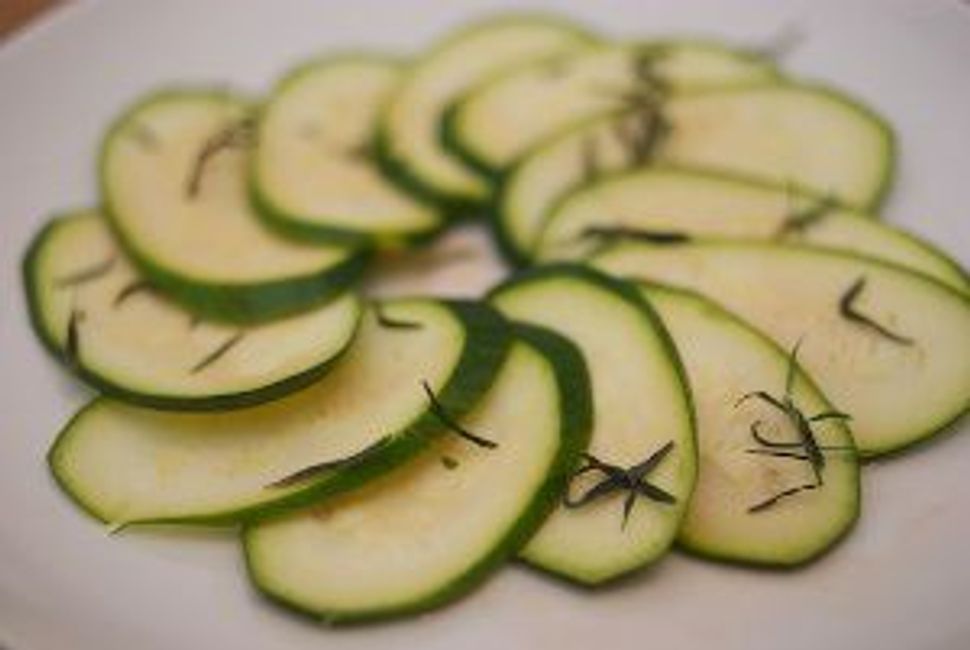 Who are you picturing standing next to you in this scene? An up-and-coming farm-to-table chef? A food-blogger? In fact, you are speaking to Maimonides, the 12th Century Jewish scholar and physician, and he is explaining to you his philosophy of summer seasonal cooking.

These days we’re seeing all the top chefs preach of the importance of fresh, seasonal vegetables. When you have access to the freshest produce, they say, there’s very little you have to do to it. Essentially, this is what Maimonides (also referred to as Rambam) was saying, too. In his most important work written almost 900-years ago, the [Mishneh Torah (De’ot 4:8), he writes, “In the summer, one should eat unseasoned [other translations say ‘raw’] foods without many spices and use vinegar. In the rainy season, one should eat seasoned foods, use many spices, and eat some mustard and chiltit”.

And, who knew that these statements echo the traditional Chinese medicine (TCM) approach to seasonal eating!? As an acupuncturist and Chinese dietary therapist, I recommend very similar concepts to my patients. According to TCM theory, one should attempt to balance yin and yang energies. Yin foods are cooling, uncooked and bland, and therefore they should be consumed in the yang time of year — the summer; yang foods are warming, spiced and piquant and should be eaten in the yin months — during the winter.

This makes sense, and even reflects our seasonal tastes. We tend to crave cooling foods in the summer and warming foods in the winter, right? But what’s with this vinegar, Rambam? In TCM, vinegar, and the sour flavor in general, is used to constrict and consolidate energy in the body. Although the sour flavor is associated most with springtime, it is also frequently used in the summer to treat cases of excess sweating and bodily fatigue. It’s no surprise that Rambam suggested eating vinegar in the summertime, He was a physician after all!

A natural product of fermented ethanol (most often from wine), vinegar has been used in traditional medicine (much like the mustard Maimonides recommends to use in winter time) for thousands of years. Vinegar has been touted as a treatment for everything from infections, to high cholesterol, to use as an appetite suppressant. I learned in acupuncture school that in China it common for people to boil a pot of vinegar when an illness is going around to kill the germs and halt the spreading of the sickness, and studies suggest that vinegar does in fact have some antimicrobial properties.

There are many different kinds of vinegars, and my pantry is crowed with all sorts of varieties. I love to experiment with unusual ones, as each offers a different level of acidity and flavor. Here are some ideas to get you out of your vinegar-rut for the summer:
• The Italian August Classic: Enjoy a drizzle of balsamic vinegar on thick slices of a sun-warmed tomato; garnish with basil.
• The Trip to Spain: Dress sliced fennel and orange sections with sherry wine vinegar
• The Japanese Macrobiotic Bowl: Use rice wine vinegar to season lightly steamed kale
• And finally, The Maimonides Zucchini Appetizer: Sprinkle thinly sliced zucchini with red wine vinegar and any fresh herb
It is important to use good-quality vinegar, as vinegar can sometimes be flavored and colored with chemicals and additives. Be sure to buy and use naturally fermented vinegar to get the full health benefits!

Alexa Weitzman is an acupuncturist in Queens and Long Island, NY, and writes a food blog, sustainablepantry.com, highlighting local, seasonal food. She is obsessed with educating people on traditional diets and their healing powers.