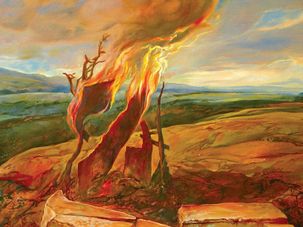 In ‘Survivors and Exiles,’ author Jan Schwarz takes on a tour of Yiddish culture after 1945 — a period of decline that paradoxically includes some of the greatest works ever created. 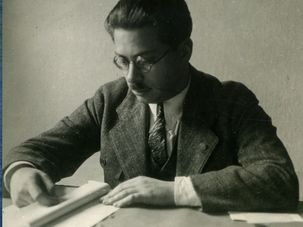 The YIVO Institute for Jewish Research represents the memory of East European Jewry. A book by Cecile Esther Kunitz describes the institution’s rise.

Tracing the History of Jewish Autobiography

Being for Myself Alone:Origins of Jewish Autobiography By Marcus Moseley Stanford University Press, 650 pages, $70. * * *|‘This is the Life Story of Judah Aryeh…. Few and evil have been the days of my life in this world… on Monday the 28th day of Nissan — corresponding to the 23d day of April 5331 — between the

These days, books about Yiddish have been hamming it up for the mainstreamers. A slew of new books have arrived to decode the cultural essence of the language of Ashkenazic Jewry for an audience of non-Jews and Jews (both of whom appear equally innocent of Yiddish these days). “Yiddish With Dick and Jane” is only the most ingenious and

Maybe it’s the fallacy that rewarding literature must be difficult that explains why no scholar has lingered in the literary universe of Polish-born American Yiddish novelist and playwright Sholem Asch (1880-1957). Asch, who published alongside Isaac Bashevis Singer and other luminaries in the Yiddish Forward, was considered a master

Beyond Research: Ansky’s Chronicle of Tenderness

The Enemy at His Pleasure: A Journey Through the Jewish Pale of Settlement During World War I By S. AnskyEdited and Translated By Joachim Neugroschel Metropolitan Books, 352 pages, $30. * * *|On January 1, 1915, an article was published in a Warsaw-based Yiddish newspaper that appealed to its readers to record their experiences: We

Fiction’s Feminine Side Gets Equal Time

Alyssa Quint regularly contributes to the Forward.Beautiful as the Moon,Radiant as the Stars: Jewish Women in Yiddish Stories By Sandra Bark Warner Books, 352 pages, $14.95. * * *|According to Fanya Glants’s husband, the celebrated American-Yiddish poet A. Leyeles, she was a genuine artist whose bond with literature was both

A Palimpsest of Literature and Politics

Yiddish Fiction and the Crisis of Modernity, 1905-1914 By Mikhail Krutikov Stanford University Press, 248 pages, $55. * * *Yiddish and the Left: Papers of the Third Mendel Friedman International Conference on Yiddish Edited by Mikhail Krutikovand Gennady Estraikh Legenda, 330 pages, $49.50. * * *|In a small ceremony held in 1901