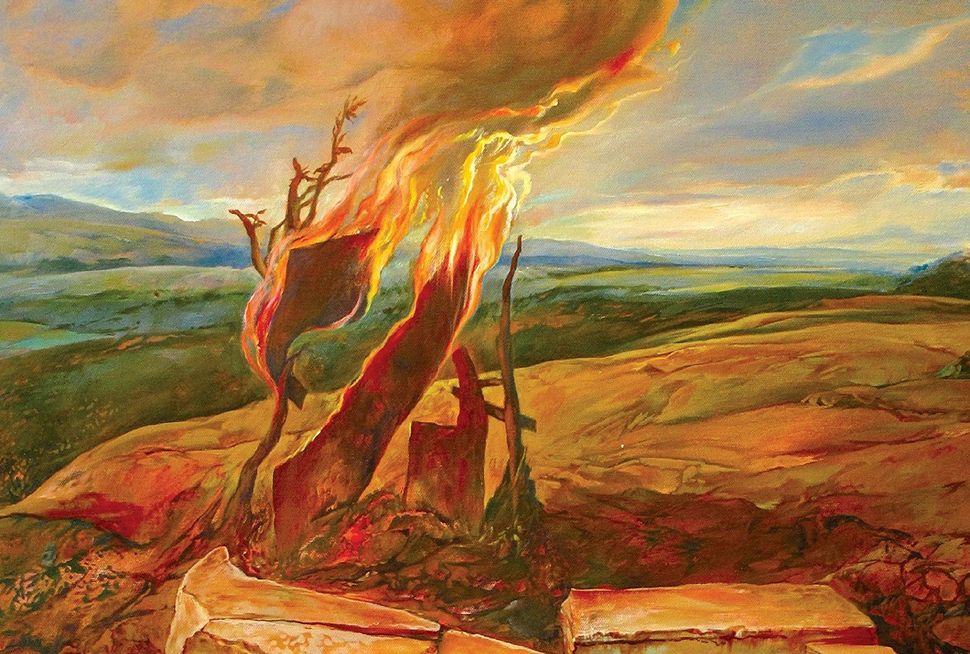 In 1954, while passing through the Uruguayan capital city of Montevideo, the Yiddish literary editor Mark Turkov met a Jewish journalist from Paris who had begun writing a book about his experience in Auschwitz. Turkov invited him to submit it to a Yiddish book series he was editing out of Buenos Aires called “Polish Jewry.” Two years later, Turkov published “Un di velt hot geshvign,” “And the World Was Silent,” which would later be known to English audiences as “Night.” The author, of course, was Eliezer, or Elie, Wiesel.

By the time the last of its volumes was published in 1966, “Polish Jewry” numbered 175 books and included mostly original, literary, postwar Yiddish works. At least some of the books would never have seen publication if not for this series. Among them were some of the earliest published war testimonials, as well as works such as Sholem Asch’s “Three Cities” trilogy and a volume of poetry by Chaim Grade. “Polish Jewry” is only one of several postwar Yiddish cultural expressions explored by Jan Schwarz in his new book, “Survivors and Exiles: Yiddish Culture after the Holocaust,” an insightful if at times rudderless treatment of an important topic. Schwarz, a professor of Yiddish literature at Sweden’s Lund University and author of “Imagining Lives: Autobiographical Fiction of Yiddish Writers,” exercises a unique fluency with a vast body of literature and literary history. His book presents readings of celebrated poetry alongside portraits of scholars and an array of Yiddish cultural performances.

He discusses, for instance, the film “Our Children,” which portrays a 1948 visit to an orphanage in Lodz by the comedians Shimen Dzigan and Yisroel Schumacher. Later in the book, Schwarz examines the cultural currency of Yiddish in a single year, 1954. Another chapter is devoted to the performances of Yiddish poets at the 92nd Street Y in New York City. Schwarz roams through a fertile 20-year period from around 1945 to 1965, and covers subjects ranging from diaries penned during the first days after liberation to the mature prose of Isaac Bashevis Singer.

The first of the book’s three parts explores literary works by Chava Rosenfarb, Leib Rochman and Avrom Sutzkever, the best known of the three Yiddish-language Holocaust writers. Within the Yiddish literary world, Sutzkever was a public symbol of the war’s devastating effects on Yiddish culture as well as its postwar endurance. A partisan of the Vilna Ghetto, Sutzkever secretly rescued Jewish books from the Nazis and later testified at the Nuremberg trials before settling in Israel.

Schwarz quotes Sutzkever’s poetry, including his piece “Yiddish” with its exquisite amalgam of anger and fancy — evidence of how the war, paradoxically, inspired some of the best postwar Yiddish works.

Could he please show me
Where the language will go down?
Maybe at the Western Wall?
If so, I shall come there, come,
Open my mouth,
And like a lion
Garbed in fiery scarlet,
I shall swallow the language as it sets.
And wake all the generations with my roar.

Lesser known even to Yiddish readers is Leib Rochman. After surviving the war in hiding, Rochman moved to Israel, where he continued to write in Yiddish, including a book Schwarz describes intriguingly as “a grand modernistic novel” called “With Blind Steps Upon the Earth.” Schwarz’s book is best when he brings to the attention of English readers little known works of literature, and there are many.

The second part of “Survivors and Exiles” also succeeds this way. In it, Schwarz tells the story of the series “Polish Jewry” and includes an appendix with a bibliography of every work published in the series, a helpful key for future scholars and translators. Later in his book, Schwarz discusses the poetry of Glatshteyn and I.B. Singer’s prose, but his discussion of the lesser-known Aaron Zeitlin is more satisfying and proof of the forgotten efflorescence of Yiddish he wants his reader to see through his eyes.

Yiddish activists in Argentina and Israel considered their commitment to Yiddish stronger than the commitment of the Yiddish literati in New York. Schwarz points out that YIVO of Argentina cultivated “Polish Jewry” and also made sure to get books to Yiddish readers in European displaced persons camps. The impressive 100-volume “Musterverk” or “Great Works” series that republished canonical works of Yiddish literature was also the fruit of Argentineans. In contrast, Schwarz associates New York with efforts to reach English speakers in translation. He focuses on the performance of Yiddish poetry at the 92nd Street Y, for instance, and Eliezer Greenberg and Irving Howe’s “A Treasury of Yiddish Stories.” Schwarz, then, seems to concur with this opinion.

Of course, this is only my impression, because, on the whole, Schwarz’s portrait of postwar Yiddish culture is impressionistic. It touches on discrete topics, but does not map a sustained argument. What part of the Yiddish culture industry was commercially driven and how was the other part funded? Were Yiddish books written about an array of topics or were most about the war? Was Israel more hospitable to Yiddish culture after the war, as Sutzkever’s activities suggest? As fascinating as they are, how did Schwarz come to select the particular chapters of literary history he includes in the book? What larger picture do they advance?

While Schwarz is good at pulling together historical and biographical detail and close readings, the broader narrative of the book is vaguely drawn. Schwarz sets out to demonstrate Yiddish culture’s post-1945 “transnational character,” but an international network of professional writers had already settled into place by World War I. He wants to demonstrate that it was not an era characterized by waning or by “irreversible decline,” but that Yiddish literature “evolved with a whole new set of priorities. ” Here Schwarz claims too much — its waning was keenly felt by all who knew Yiddish — and, at the same time, he claims too little, since such an argument alone does not provide a story that connects the book’s chapters.

“Survivors and Exiles” is rescued by Schwarz’s approach to his subject matter: He is reverential but clear-sighted. He reminds us of a body of Holocaust testimonials in the Yiddish language that have been overlooked in favor of those penned in other languages. The book is also beautifully produced. Schwarz includes photographs of writers and editors, the most poignant of which is Sutzkever with a boy on his lap, the artist Samuel Bak, two of the small number of Vilna’s Jews to survive the war. The cover of Schwarz’s book features one of Bak’s evocative Dali-eseque landscapes. The photograph of Leib Rochman with his bride, Esther, on their wedding night in the thick of war in the Minsk-Mazowiecki Ghetto on Lag B’Omer 1942, is astonishing.

Facet by facet, Schwarz urges his reader to consider the abundance of postwar Yiddish culture, far more than may be contained between two covers.