I’ve been fressing in the Midwest more or less continuously since 1958. I grew up in a kosher home in Manitowoc, WI, population 33,000, with an active Orthodox-ish congregation of about 50 families. When I was a preschooler, my Grandma Mamie Muchin used to shlep me to visit the local shochet, who kept chickens in his backyard. (Little did I know their fate.) 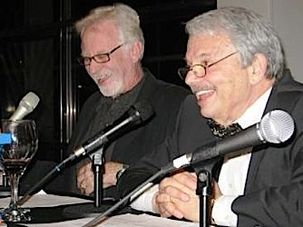 You don’t need flashing reindeer lawn ornaments to tell you it’s the happiest time of the year in Arkansas’s capital. Simply tune into FM 89 KUAR in December for the “Jewish Guys’ Chanukah Special,” with co-hosts Phil Kaplan and Leslie Singer. 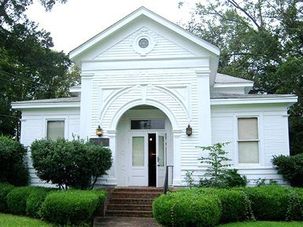 As the members of Temple Beth El in Lexington, Miss., pray this Yom Kippur for inclusion in the Book of Life, they’ll be attending a funeral of sorts. The Ne’ilah, the day’s traditional closing service, will be the last scheduled worship to be held in their 104-year-old white wooden synagogue.

Before the Hip Hop Hoodios or the long-defunct Tijuana Brass added Latin rhythms to Yiddishe melodies, there was Irving Fields. The pianist who composed the 1946 hit “Miami Beach Rhumba” created the Latin-Jewish genre with the 1959 LP “Bagels and Bongos.”

Pioneers in the Black Hills

It’s doubtful that Calamity Jane loved Wild Bill Hickock as much as local lore alleges, but there’s no disputing that the tomboy gunslinger bought groceries from Jacob Goldberg on Main Street.

The Demise of a Small-town Business

Shlepping armloads of trousers to an empty rack, his face set with determination and a hint of joy, Steve Felix was working till the bittersweet end of Felix’s, his 101-year-old clothing store in this town of 4,500.

Back when the times they were a changin’, Reform Judaism stood at society’s political and social vanguard. Yet the movement’s religious framework remained 19th-century classical Reform — an attempt to achieve a more rational, modern Judaism by emphasizing decorum over fervor and eschewing many traditional rituals and customs.The approach

Could This Be Kosher HOG Heaven?

Jay Rubin straddled his Harley, checked the mezuza on the fuselage and rode the 800 miles from his Falls Church, Va., home to Milwaukee, scene of the Harley-Davidson Motor Co.’s centennial celebration over the Labor Day weekend.Rubin joined 200,000 riders for five days of concerts, bar-hopping and ear-splitting excursions around town. But as the

Sephardic Music Comes Out of the Shadows