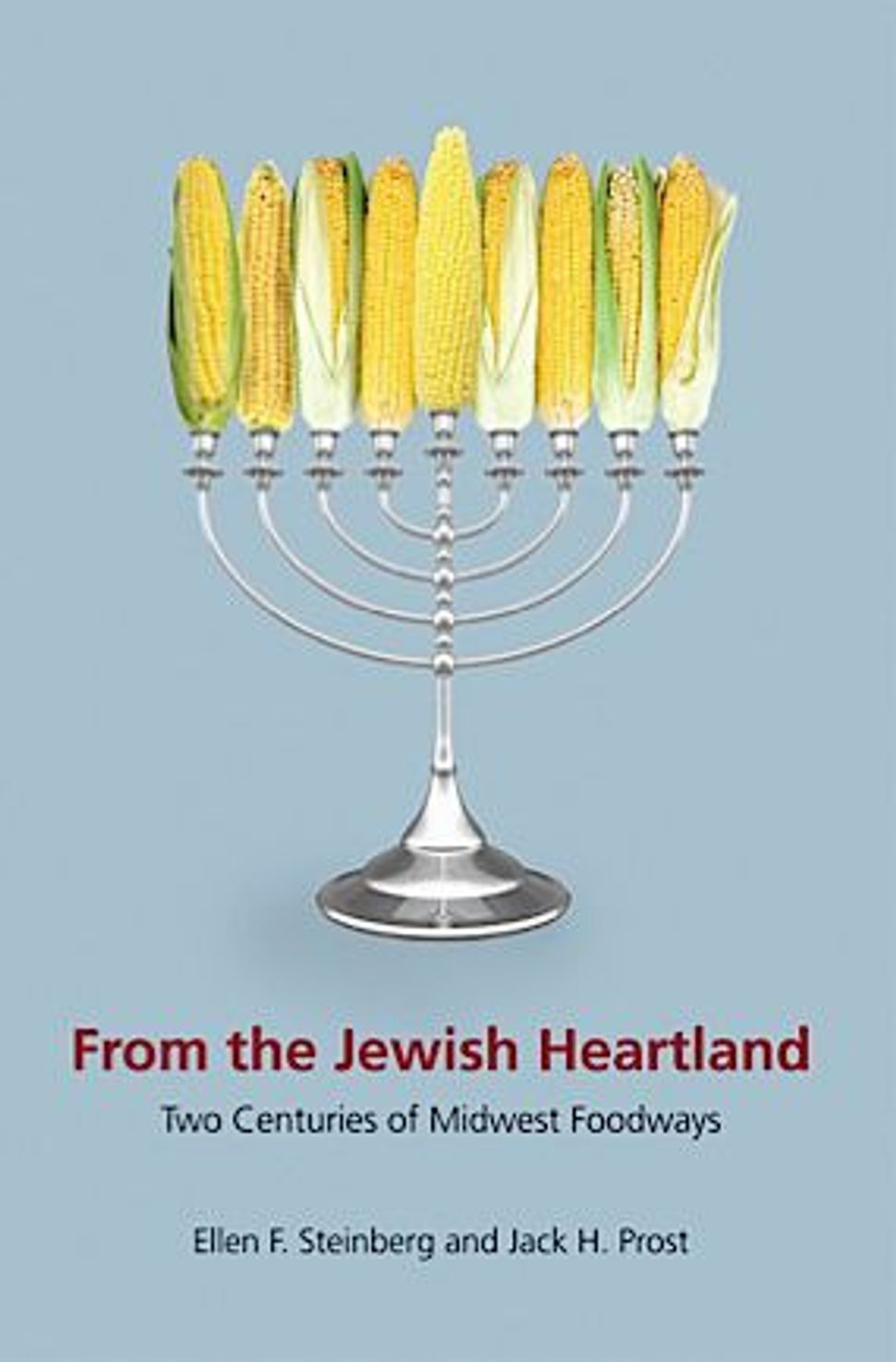 I’ve been fressing in the Midwest more or less continuously since 1958. I grew up in a kosher home in Manitowoc, WI, population 33,000, with an active Orthodox-ish congregation of about 50 families. When I was a preschooler, my Grandma Mamie Muchin used to shlep me to visit the local shochet, who kept chickens in his backyard. (Little did I know their fate.)

Otherwise, Grandma always seemed to be preparing kosher delicacies from scratch: cheese blintzes, gefilte fish, chicken soup with matzo balls, brisket, chopped liver, a crusty bread and a sort of cholent. In the ensuing decades, I’ve attended my share of Passover seders and Shabbat dinners. So I was quite surprised to discover recently that I had been missing out on some terrific heartland Jewish delicacies.

They’re chronicled and analyzed in the new book “From the Jewish Heartland: Two Centuries of Midwest Foodways” by Ellen F. Steinberg and Jack H. Prost. The co-authors discover recipes for borekas filled with dried Michigan cherries, a pie loaded with Minnesota huckleberries and “Minnesota-style” gefilte fish made with northern pike caught in one of the 10,000 lakes.

They sample pumpernickel loaves heavy with raisins (light or dark) at the Kaufman Bakery in suburban Chicago. In St. Louis, they encounter Tzizel Rye Breads coated in cornmeal and Tzizel Bagels boiled on the premises of Pratzel’s Bakery. (Not even the owners can explain the name “Tzizel,” though it may refer to “zis,” Yiddish for sweet.) The authors describe baklava loaded with locally grown cranberries (a Wisconsin cash crop), and pumpernickel sprinkled with almonds and Iowa sunflower seeds.

Steinberg and Prost, Chicago-area anthropologists and writers, tried and sometimes adjusted scores of recipes they found jotted in personal papers and published in fundraising cookbooks and periodicals, all since the mid-19th century. They interviewed heartland bubbes renowned for their cooking as well as proprietors of kosher and Jewish-style restaurants and bakeries.

Foodways is the academic catch-all word for the production, preparation and consumption of food, making their book more than a cookbook. The authors trace the history of Jewish settlement in the Midwest and tell the stories of creative and sometimes desperate cooks who adapted Old World recipes to include the available flora and fauna.

The earliest Jewish settlers found kashrut to be impossible. In fact, bacon was a staple during the slow, difficult trips through the wilderness. By the 1840s, though, even frontier Jews could at least eat Jewish-style.

The authors look in on John and Fredricka Levy, German Jews who were the first permanent settlers of La Crosse, WI, in 1845. In memoirs written in German, Fredricka recalled her garden’s yield of tomatoes, cucumbers and onions. She gathered acorns, picked wild strawberries and dried wild plums. She prepared a feast of wild birds brought by hunters to her house.

Steinberg and Prost offer heartland examples of how cooking became a Jewish acculturation tool from the 1890s until World War I. That was the era of mass Jewish immigration from Russia and Eastern Europe. The Jewish communities, comprised mainly of German Jewish immigrants and their American progeny, established settlement houses to teach modern cooking techniques, nutrition and hygiene to their newcomer sisters. The goals were improved health and rapid Americanization.

These efforts were met with some resistance, the authors note. Yet the “Settlement Cook Book” developed at the Milwaukee Settlement House “changed forever the way multiple generations of Jewish immigrants cooked by demonstrating how American ingredients could be incorporated into traditional Jewish dishes, and by showing how American ways of cooking could be applied to Old World foods to make them ‘more palatable’ and healthier,” they write. The cookbook is still in print.

Even if the Russian immigrants and their children learned their way around a modern kitchen, some retained a particular Old World culinary practice. Like my Grandma Mamie, a daughter of Russian immigrants, they avoided measuring and cooked by feel. Steinberg and Prost tell several stories of modern granddaughters chasing their bubbes around the kitchen in order to measure handfuls and pinches of ingredients. Thankfully, the book’s recipes include measurements.

“From the Jewish Heartland” visits contemporary Midwestern Jewish restaurants, too, but its greatest achievement is chronicling a way of life that has disappeared except for the recipes.

Andrew Muchin is a freelance writer who edited and co-published Jewish Heartland magazine.