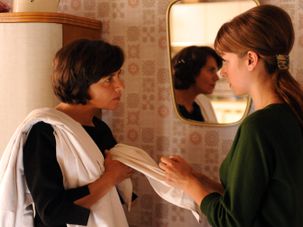 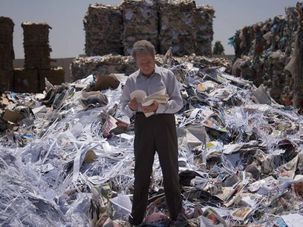 More Than a 'Footnote' From Cannes

The Israeli film “Footnote,” about a father-son rivalry set in the academic world, was among the competition selections at this year’s Cannes Film Festival, where its director, Joseph Cedar, took home the Best Screenplay award. 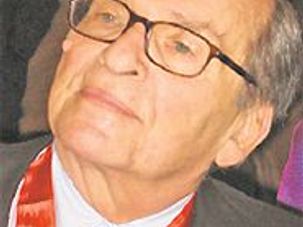 Just after Sidney Lumet passed away, I received numerous e-mails from film students who fondly recalled his visits with them at Columbia University. A few remembered the emotional wallop of seeing “The Pawnbroker” for the first time, in my American film history course. Others praised Lumet’s humility and candor after a preview of “Night Falls on Manhattan” in our campus screening room. Lumet was unaffected, from his perennial sweater-over-shirt to his no-nonsense explanation of making movies. He was a breathlessly busy and prolific director, but he found the time to encourage aspiring filmmakers. The students’ e-mails that arrived after he died April 9 of lymphoma at age 86 were a testament to the smarts and the sympathy that rendered him less an auteur than a mensch.

Arts & Letters; Documenting Identity As One Film Explores the Insularity of the Orthodox, Another Embraces Polish Expansiveness

In 1990, Oren Rudavsky and Yale Strom co-directed “At the Crossroads: Jews in Eastern Europe Today,” a wonderfully poignant and hopeful documentary about a rather complicated subject. It followed Strom, a klezmer musician, speaking Yiddish to elderly Jews in Hungary, Czechoslovakia and Poland, and English to young Jews trying

From Polanski and Costa-Gavras, A Reckoning With the Holocaust

When I embarked upon writing the first edition of “Indelible Shadows: Film and the Holocaust” in 1979, there were only a few dozen films on the subject to warrant critical attention. Ten years later, about 50 more had to be added to the second edition. By 2001, the number of Holocaust-related films had grown to such a degree that I had