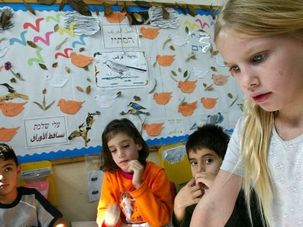 As school resumes, American Jewish educators are scrambling to formulate lesson plans that will teach kids about Israel’s war in Gaza. Here are three important pointers to keep in mind. 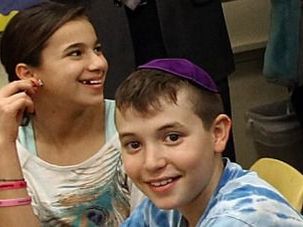 Straight-Talk About Assimilation: An Exchange

In an October 2 opinion article, “Time for Straight-Talk About Assimilation,” Jewish Theological Seminary historian Jack Wertheimer weighed in on the controversy over an Israeli television commercial that warned of high rates of assimilation among young Diaspora Jews. The ad, produced for the Jewish Agency’s Masa program, which brings young Jews to Israel for educational and work opportunities, was pulled from the air after being widely criticized by those who felt that it was alarmist and potentially offensive to intermarried families.

Time for Straight-Talk About Assimilation

From now on, Jewish groups will likely think twice before using any variation on the word “assimilation.” That’s one lesson learned from the recent brouhaha over a 34-second commercial on Israeli television promoting the Jewish Agency’s Masa program, which brings young Jews to Israel for sustained periods of work, study and volunteering. The advertisement, which paired photos of young Jews on missing-person posters with the statement that “over 50% of Jews abroad are assimilating,” drew a firestorm of criticism on blogs and in news reports. Facing mounting international controversy, the Jewish Agency quickly killed the ad.

Building on a new study of Jewish identity among the children of intermarriage, the Forward editorialized about the alleged failings of the organized Jewish community. In its July 8 editorial, “Welcoming the New Jews” — i.e. the offspring of mixed marriages — the Forward declared: “The Jewish community needs to come to terms with the