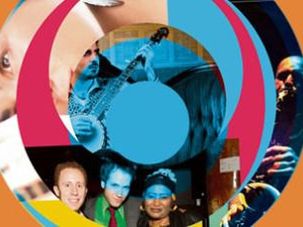 JDub Records discovered Matisyahu, and it introduced American audiences to Israeli hip-hop and punk klezmer. What was behind the celebrated label’s sudden collapse?

Several Jewish non-profit groups are lauding passage of health care reform legislation, saying it will benefit the community on a number of levels. Other groups, however, are keeping quiet in what some observers and insiders describe as an attempt to keep out of the political crossfire. 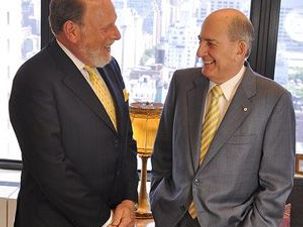 ‘The Art of Giving: Where the Soul Meets a Business Plan,” the new book penned by billionaire philanthropist Charles Bronfman, and the man who runs his foundation, Jeffrey Solomon, is something of a self-help book for the aspiring philanthropist.

Until confirmation finally came Friday that the Chabad emissaries in Mumbai were among the victims killed in this week’s terrorist attacks in India, Chabad Chasidim and emissaries the world over prayed for the best while fearing for the worst.

In Speech on Race, Obama Rebuts His Pastor’s View on Israel

In a bid to quell growing unease about his relationship with a black preacher known for strident rhetoric, Barack Obama described the Rev. Jeremiah Wright’s views on America — including its relationship with Israel — as fundamentally “distorted.”