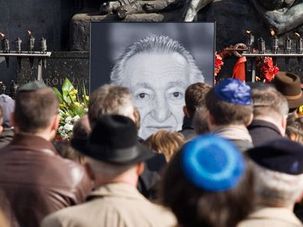 Hundreds of young people, mostly non-Jews, milled around Warsaw’s Jewish cemetery on a sunny spring day, slightly unsure about what they were supposed to do next. Their schools had sent them there April 19 in response to an appeal by a number of Jewish and civic organizations. They had come to honor the late Marek Edelman, the last surviving commander of the Warsaw Ghetto Uprising, on the anniversary of the beginning of the 1943 revolt — and to carry forward a tradition of his. 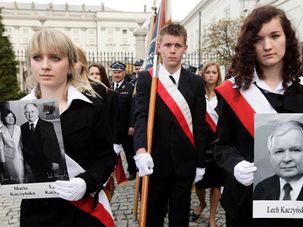 Two years ago, Poland’s president brought its chief rabbi to the Katyn Forest, where in 1940, 20,000 Polish army officers were slaughtered at the order of Josef Stalin. There, the politician insisted on showing the cleric a memorial plaque erected for Rabbi Baruch Steinberg, the army’s World War II-era chief rabbi, who was murdered with all the others.