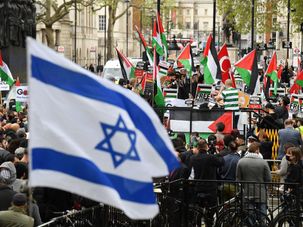 I don’t know the solution to this conflict. I do, however know this: Arab-Jewish love may be the only thing with the hope to effect change. 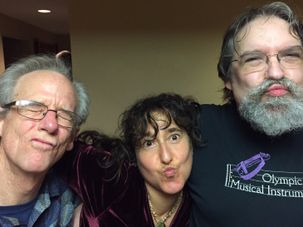 I am an Iraqi-Israeli-American Jewish woman. I will not capitulate to xenophobes.

For many people, the idea of a Jewish DJ being named a featured artist at venues like the Arab Film Festival or the Arab American National Museum would be a head-scratcher. For global electronica DJ Cheb i Sabbah, however, it’s standard fare.

A Hip-Hop Tour of the Afterlife

Following 9/11, Tim Barsky felt the world was upside down — not just because of global affairs, but also because of events closer to home. First, Barsky’s next-door neighbor was gunned down in a drive-by shooting as Barsky was sitting on his own front porch. Shortly afterward, in a succession of events, another neighbor was shot to death

Sarit Hadad is focused on the wide screen in front of her, looking intently at the final production of her music video for “Rak Ata” (“Only You”). She has just returned from Romania, where the fast-paced, high-drama clip was shot. “This is MTV material,” declares one of her staff at the conclusion of the

From Babylon To Beersheva, By Way of Berkeley

Weeks after a friend was nearly shot boarding a plane to Israel from Los Angeles last July, days after a suicide bomber blew up scores of students at the Hebrew University cafeteria in Jerusalem, amidst a wave of terrorist attacks across the Jewish state and with Israel and Iraq on the brink of war, I left my quiet, tree-lined street