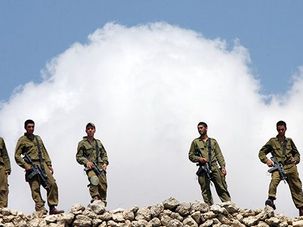 When everything is said and done, how important is the West Bank to Israel’s defense? To answer the question, our best starting point is the situation before the 1967 war. At that time, the Arab armed forces surrounding Israel outnumbered the Jewish state’s army by a ratio of 3-to-1. Not only was the high ground in Judea and Samaria in Jordanian hands, but Israel’s capital in West Jerusalem was bordered on three sides by hostile territory. Arab armies even stood within 14 miles of Tel Aviv. Still, nobody back then engaged in the sort of fretting we hear today about “defensible borders,” let alone Abba Eban’s famous formulation, “Auschwitz borders.” When the time came, it took the Israel Defense Forces just six days to crush all its enemies combined. 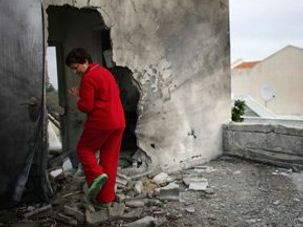 For Sderot, Help Is Not on the Way

Living near Gaza can be a traumatic experience. Over the past six years, thousands of rockets and mortar rounds have been launched across the border into Israel. On a bad day, every few hours there is a bang, or a number of bangs. One does not know where the next rocket will land.

Peace Is Worth the Risk Of Withdrawing From the Golan

About this time last year, the Israeli media was buzzing with gloomy predictions of an impending war with Syria. Come summer, they said, the northern front would be ablaze. That, of course, didn’t come to pass 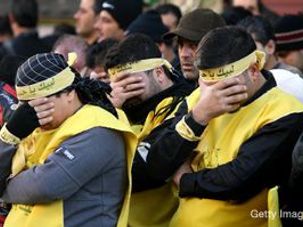 According to the final report released this week by the government-appointed Winograd Commission, Israel’s 2006 war against Hezbollah consisted of little but failures. For this Prime Minister Ehud Olmert was to blame, Defense Minister Amir Peretz was to blame, the Israeli military was to blame, everybody was to blame — and since the commission’s members declined to name names, nobody was to blame.

Prepare for the Day Iran Goes Nuclear, for Eventually It Will

President Bush’s time in office is running out, and so far he has been unable to convince the Pentagon, Congress or the American people of the need to leap into the Iranian lake before he can get out of the Iraqi puddle. Of course, Israel may carry out a strike against Iran on its own. However, given the formidable intelligence and operational problems it would involve, such a strike does not appear very likely at the moment.

The World Can Live With a Nuclear Iran

Mahmoud Ahmadinejad looks and sounds as if he is in a panic — and the Iranian president, on tour in New York this week, has very good reason to be. Israel, which Ahmadinejad regards as his country’s great enemy, has just carried out what seems to be a very successful strike against an important Syrian installation. And behind Prime Minister Ehud Olmert stands President Bush — the same President Bush who four years ago needed no reason at all to take on Iran’s neighbor to the west and demolish it to the point where it may never rise again.

Israel Is Training for the Wrong War

In the year since last summer’s war with Hezbollah, the Israeli military has been busy preparing for the next round of violence.

Many divorces are bitter, and they rarely make for a pretty spectacle. Nevertheless, once the fireworks die down some of them end well. Quite often a divorce enables two people who cannot live together to go their separate ways, if not to achieve reconciliation then at any rate to find new partners and make a fresh start.

Ehud Olmert Is Not Solely To Blame

Nine months after the end of Israel’s war in Lebanon comes the Winograd Commission’s interim report — and it is being used to put a gun to the head of the wrong person.

War Clouds Gather Over the Golan

While the world’s attention is riveted on the conflict in Iraq and a possible American attack on Iran, Syrian dictator Bashar al-Assad may be quietly preparing for a war against Israel.