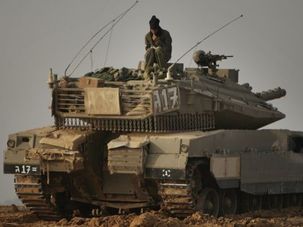 For Israeli Military, Armor's Out, Cyber Is In

The IDF is cutting its reliance on heavy artillery and shifting to a focus on cyber threats. What does this mean for the future of Israel’s military? 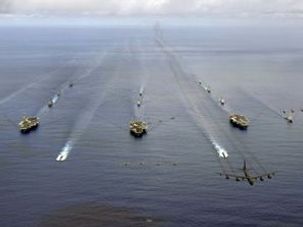 Soon after the attacks of September 11, 2001, Robert D. Kaplan, a travel writer who had long been attracted to the more volatile corners of the world, packed his rucksack and set out to become the real-time historian of an American military that most Americans knew little about: one that for the past decade had been thrust into the unfamiliar role of war fighter and diplomat, relief agency and police academy in some of the most dangerous addresses across the globe.

The Unintended Consequences Of Promoting Democracy

In the eyes of Amitai Etzioni, the Soviet Union’s relegation to the dustbin of history hasn’t changed the fact that what is left of the former empire remains the greatest threat to international security on the world stage. But this isn’t your father’s expansionist Russian bear. In fact, according to the calculus used by Etzioni, professor of international relations at The George Washington University, the Russian state is more dangerous for its inaction rather than for anything it is actually doing.

When the diplomatic history of the Bush administration is written, it will likely be little more than a catalog of lost opportunities, punctuated only occasionally by a muted victory won only after a series of deliberately obstinate first steps. One of the most consequential of these missteps came just after the fall of Baghdad in early 2003, when the Iranian government reached out to the Bush administration by sending a fax to the State Department indicating a desire to talk about Iran’s nuclear program — offering, according to The Washington Post, “coordination in Iraq, ending ‘material support’ for Palestinian militias and accepting a two-state solution in the Israeli-Palestinian conflict.”