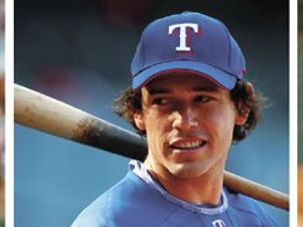 Jews in Fantasy Baseball: The Chosen People Are Up at Bat

Matthew Soffer, a 29-year-old rabbinical student from Philadelphia, was the rookie manager of a weak fantasy league baseball team until he turned to his faith and traded for a player of Jewish heritage.

What’s a Jewish boy from Brooklyn doing provoking Christians worldwide?It’s a matter to which Akiva Goldsman didn’t give much thought while adapting “The Da Vinci Code” for the screen.“You sort of have to put your head down and do the work,” the writer told the Forward, “and politics has to come second to doing your

Walking a Fine Line at Sundance

Laughing in the face of tragedy is a time-honored theme in film. Yet joking about one of the ultimate tragedies of contemporary history, the Holocaust, is still a rare, potentially radioactive device (and, some would say, for good reason). Jerry Seinfeld made out with his girlfriend in a theater during “Schindler’s List,” and his