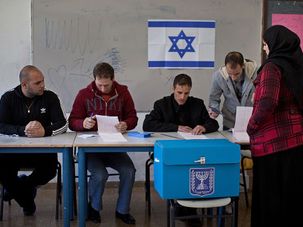 Israeli democracy is robust and resilient. And it will survive its current challenges.

The Good That Could Come From Sharon’s Gaza Gambit

Supporters of Israel, not to mention Israelis themselves, are trying to make sense of Prime Minister Sharon’s recent announcement about plans to dismantle Israeli settlements in the Gaza Strip. At first glance, it’s easy to be unenthusiastic about such a unilateral step. But a deeper analysis reveals a range of benefits, prominent among them

After three years of violence, a seemingly unending Israeli-Palestinian conflict appears resistant to any negotiated solution. From the failure at Camp David in 2000 to the debacle at Taba, from the now-forgotten Mitchell report to the abortive missions of CIA Director George Tenet and General Anthony Zinni, and most recently the wildly off-course