’Twill come, I know, as no surprise. / (I speak, of course, of my demise.) / The signs abound, for all to see: / A curtailed life expectancy. 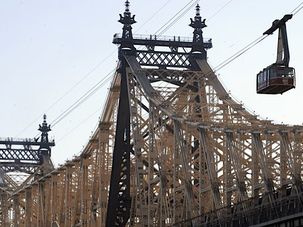 In a new installment of Siegelmania, Stanley Siegelman pens a poem about the renaming of New York City’s Queensboro Bridge in honor of the city’s 105th mayor.

Chicago has elected former White House chief-of-staff Rahm Emanuel as its next mayor. When Emanuel takes office, he will be the first Jew to lead the city. 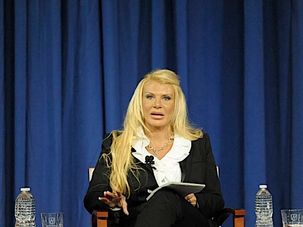 NEWS ITEM: Kristin Davis, a former madam, who once served a three-month jail sentence for prostitution, is running for governor of New York. In a recent debate with fellow gubernatorial contenders, including Andrew Cuomo and Carl Paladino, Davis advocated for the legalization of marijuana.

NEWS ITEM: Traif. That’s the name of a restaurant located in the heart of Brooklyn’s Williamsburg, not far from the neighborhood’s Hasidic enclave.

An expletive beyond compare,/And one which every Jew can share!/We write of feh, a word robust/That’s used to register disgust.

NEWS ITEM: A photographer who is famous for taking pictures of voluntarily nude crowds at sites around the world is planning to bring his shtick to Israel. He will stage the event on the shores of the Dead Sea, where naked masses are expected to attend.

NEWS ITEM: Elena Kagan has been confirmed by the Senate as a justice of the U.S. Supreme Court, joining two other Jews in that role. For the first time, three Jews will be serving on the court simultaneously. The other justices are Ruth Bader Ginsburg and Stephen Breyer.

NEWS ITEM: The Metropolitan Transportation Authority removed a vodka ad from buses that travel through Brooklyn’s Orthodox Jewish neighborhoods after Hasidim complained. The ad showed the backside of a woman clad in a bikini.

NEWS ITEM: Students of Yiddish in universities are taught to treat nouns as either masculine or feminine. But among Hasidim — the foremost speakers of Yiddish today — grammatical gender is largely ignored. Hasidim, for example, use di (“the”) for most nouns without respect to the noun’s gender. (Di has historically been applied only to female nouns, while the equivalent der has been used for male nouns.) As Yiddish scholar Zelda Kahan Newman recently noted in the Forward, a gap has emerged between the Yiddish that is actually spoken among Hasidim and the formal Yiddish taught in universities. She called for more attention to be paid to Yiddish as spoken by Hasidic Jews.