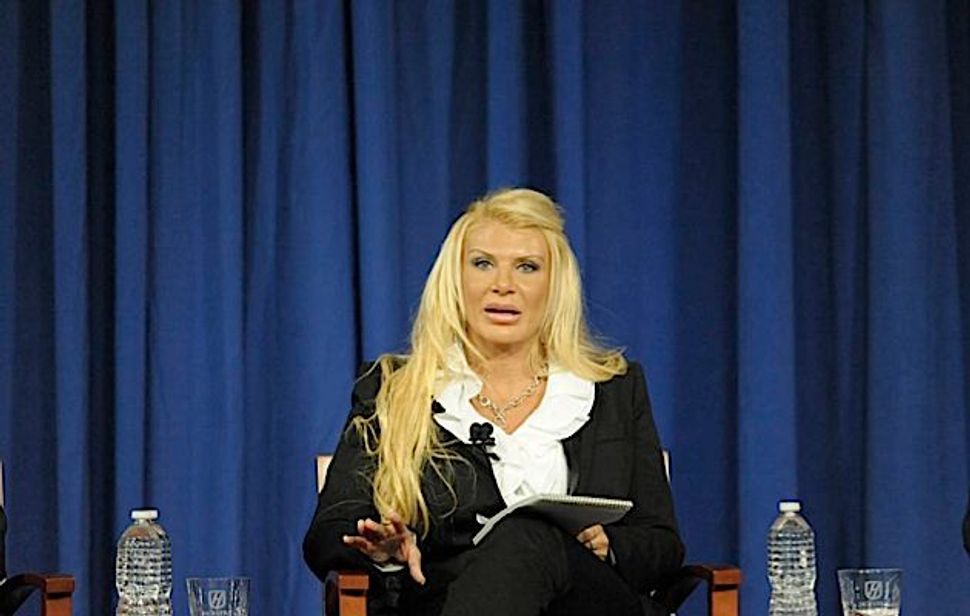 NEWS ITEM: Kristin Davis, a former madam, who once served a three-month jail sentence for prostitution, is running for governor of New York. In a recent debate with fellow gubernatorial contenders, including Andrew Cuomo and Carl Paladino, Davis advocated for the legalization of marijuana.

Ambassador of earthy love
This former madam opts for gov:
?The house would suit me perfectly,
?That mansion up in Albany.?

With charm and radiance begirt
At handling men she?s quite expert.
She?s well informed on doing tricks,
A useful tool in politics.

She advocates a liberal creed,
Like legalizing use of weed
She champions same-sex marriage, too ?
Quite libertarian a view!

With legislators, she?d not grouse,
She?d please each legislative house.
(Both houses might indeed refute
The charges made of ill-repute.)

Election Day will soon reveal
If she possesses broad appeal.
Says she; ?I?ve been in past, a slut,
?Now I?ve reformed, like Eliot.*?

*Former New York Governor Eliot Spitzer, who resigned in a scandal involving his patronage of prostitutes.